Many residents of the state are finding it easier and more convenient to enroll, regardless of their opinion of their plans.

Residents of Tennessee have enrolled in the health insurance exchange in the state in record numbers, in order to comply with the requirements of the Affordable Care Act and in order to have done so by the first open enrollment deadline, which was on Tuesday.

By December 5, there had already been 88,007 people in Tennessee who had signed up for health plans.

Comparatively, by December 15, 2014 – a full ten days more than this year’s stats – there had been only 87,137 people who had enrolled for health insurance coverage through the exchange. These stats were published by the federal Centers for Medicare and Medicaid Services. Federal insurance officials explained in a media conference call that they foresaw an additional last minute surge of enrollments over the last couple of days of the first deadline of the open enrollment period. 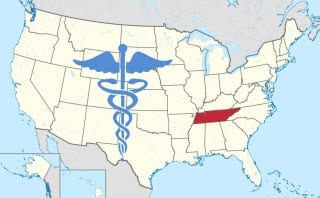 According to the U.S. Health and Human Services press secretary, Jonathan Gold, explained that “Last year, we saw more than half of enrollees sign up during the final two weeks before the deadline.”

Carla Raynor, the BlueCross BlueShield (BCBS) vice president of strategic marketing said that the insurance company is happy with the enrollments that had been achieved, so far, and that she believes the insurer will take the top spot on the exchange for the number of individuals who have enrolled in their health plans. “I do believe we will be the market share leader,” she said.

Last year, BCBS took hold of around 70 percent of the overall health coverage market in Tennessee. The competition faced by that health insurance company in Tennessee includes Humana and Cigna. Last year, each of those companies held on to about 5 percent of the total health plan market in Tennessee over the exchange. Another insurer has now entered into the mix, this year: UnitedHealthcare. That said, the Community Health Alliance had previously been holding onto a 20 percent share of the Tennessee market but will be shutting down its sales as of the end of 2015.