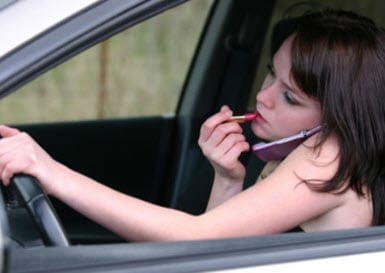 Adolescent Americans are at the highest risk of fatal accidents on Independence Day.

Though summer is meant to be a time of fun and relaxation, teen driving statistics show that it is also the season in which adolescent motorists are most likely to be involved in a deadly crash.

The Insurance Institute for Highway Safety (IIHS) has released new data showing July 4th is the most dangerous.

It is on that day that the highest number of teenagers behind the wheel will be involved in accidents. Teen driving statistics show that this age group is involved in four times more accidents than any other age group, and that car accidents are the leading cause of death for individuals between the age of 1 and 34.

Should the trend continue this year, it will mean that on Independence Day, there will be 140 more people killed as a result of crashed cars. The important thing to note about this statistic is that these incidences are preventable. By taking greater care, reducing speed, and avoiding distraction, teenaged drivers can avoid the top three causes of car accidents.

Keeping attention on the road is exceptionally important. Glancing away for as long as it takes to change a radio station can be enough for traffic conditions to change, impairing the ability to react quickly and properly. Wearing a seat belt can also make all the difference if a crash isn’t avoided. It’s important to take safety measures in case an accident does occur, to make sure that the driver, and any passengers, remain safe.

Other efforts that can be taken to help to prevent teen driving statistics from rising any higher this year can include making sure that adolescents are properly trained before driving on their own, and that they learn at their own speed. Studies have also shown that a teenager who has regular discussions with his or her parents about safe and responsible driving are less likely to have an accident.