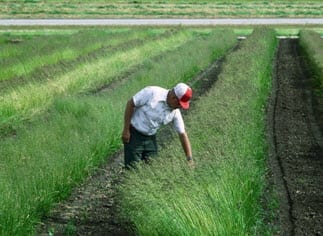 Last year, the worst drought the U.S. has experienced in over 50 years brought significant attention to the country’s crop insurance program. The drought led to record payouts from the crop insurance program, which is subsidized with taxpayer money. The program is designed to provide some financial aid to farmers who lose their crops due to natural disasters and other catastrophic events. This was not the case for the 2012 drought, however, according to a new study from the Iowa State University.

The study was conducted by Bruce Babcock, an agriculture economist with the university, and was financed by the Environmental Working Group. The study found that the crop insurance program provided farmers with payouts for a portion of their projected revenues, which were based upon the assumption of their crops having not been damaged by the drought, rather than the costs associated with crops that experienced actual damage. The study suggests that many U.S. farmers made more money from these payouts than they would have from their healthy crops.

Approximately 62% of the premiums associated with crop insurance are paid by the country’s taxpayers. The federal government covers the rest of the costs, including providing financial backing to the 15 private insurers that offer coverage. Because farmers are not liable for the majority of crop insurance costs, they tend to purchase more coverage than is generally needed. The study suggests that if the subsidies supporting crop insurance had been removed before the 2012 drought, the disaster would have only caused $6 billion in damage, rather than the $12 billion it had produced.

Crop insurance may be more akin to farmer income support

The study claims that crop insurance has become a farmer’s income support program and that this program does not constitute a decent safety net for the nation’s farmers. The study does note that crop insurance is important, but also claims that reforms may be necessary in order to avoid exploitation of a program that farmer’s have come to rely on for more than just protection.