President Obama brought up the topic of a long history of labor protection and the need for support for the unemployed.

During the last State of the Union speech from President Barack Obama, he mentioned the topic of labor protection that has a lengthy history within the country and, within this subject, he brought up the concept of wage insurance.

He underscored the importance of work done on the unemployment insurance and job-training programs currently available.

Following the statement he made about the need for improvement in unemployment insurance and programs that provide people with job training, via the government, President Obama went on to identify wage insurance as a unique and important recommendation to help to protect Americans. The idea is that if someone were to lose their job, it isn’t just a matter of providing unemployment insurance. Instead, this new coverage would be designed to encourage the individual to obtain training for a business that is prepared to hire him or her. If the position for which the individual does not pay as much as the one that was lost, the new type of insurance policy would cover the balance to make that position worthwhile.

While wage insurance may sound new to many Americans, it’s actually a concept that has existed for a while. 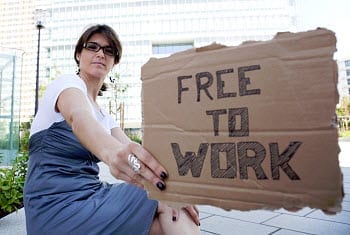 In 2007, The Case for Wage Insurance was written by economist Robert LaLonde from the University of Chicago. Within it, LaLonde argued that the current system of unemployment insurance provides money only to employable people who do not have jobs. Therefore, this doesn’t do much to assist many of the people – particularly those in older demographics – with much help when the only jobs they would be able to find pay them much less.

This was an overwhelming trend in the economic downturn as well as during times when people have been laid off because their jobs were sent to lower-wage countries. Therefore, by providing wage coverage, it would allow those who are succeeding in trade to help compensate those who are not gaining from it.

Similarly, in 2014, Gary Burtless, an economist from Brookings, wrote that wage insurance would provide “monthly or quarterly earnings supplements” to workers who were experienced but who had been laid off, providing them with a compensation for a portion of the wages that had been lost, once they pick up a new position. This would allow them to be able to continue to pay their bills, even if that new job came with a notably lower pay.