The Department of Insurance said that it never gave its approval to the sale of the company.

The California Department of Insurance have seized a former Berkshire insurance unit. The regulators claim that the sale of California Insurance Co. was in violation of state regulations.

This is the latest step in the ongoing controversy regarding the sale of the unit.

Earlier this week, the California Department of Insurance said that it had not given its approval to the sale of the Berkshire insurance unit with Applied Underwriters, a workers’ compensation insurer. As a result, the state has now placed California Insurance Co. under conservatorship. The department issued a statement saying that its decision was “in response to the company’s willful violation of state law and established pattern of continually flouting California’s regulatory processes,” according to a Wall Street Journal report.

As long as California Insurance Co. remains in conservatorship, it is not permitted to cancel any of its existing policies. Instead, it is permitted only to issue new policies provided they receive the consent of the conservator. According to state Department of Insurance (C.D.I.) data, the unit formerly owned by Warren Buffett’s Berkshire Hathaway currently boasts about $185 million in written premiums within the state.

The former Berkshire insurance unit has stated that it is now reviewing its available options.

“The CDI has acted with an unprecedented, unnecessary regulatory overreach,” stated Applied Underwriters’ lawyer, Jeffrey Silver, in a prepared statement. “It is bad news for insurers in the state and for the citizens who will pay, ultimately, for the legal defense of this illogical, vindictive action.”

The sale took place last month when Berkshire Hathaway sold its majority stake in Applied Underwriters to Steve Menzies – its founder – and Quadrant Management. The sale was for $920 million.

In October, state regulators said that they did not approve the sale of California Insurance Co. which was a component of the Applied underwriters sale. Insurance companies are state regulated and selling an insurer can frequently involve the need for multiple state approvals.

In the case of the sale of the former Berkshire insurance unit, Applied Underwriters said the state didn’t provide its approval quickly enough. Therefore, it opted to merge its Californian subsidiary 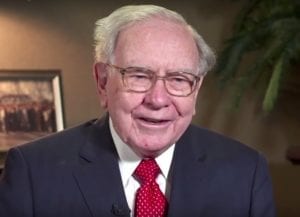