The insurers have launched this new form of processing all subrogation claims.

The USAA and State Farm blockchain platforms have gone live for processing all subrogation claims. They are hopeful that other US carriers will also choose this strategy throughout this year.

Many large insurance companies have been investigating blockchain platform strategies.

The State Farm blockchain interest first started in 2018 in investigating its potential for subrogation. The partnership between that insurer and USAA started in 2019. The two companies represent a combined 12 percent of the $620 billion American property and casualty market.

Following development and testing, they were able to achieve full automation early last December. According to the companies, they exchanged around an annual 75,000 subrogation checks before the new paperless process was implemented.

Though both companies work with the RiskStream Collaborative industry group formerly known as RiskBlock Alliance, on cross-carrier blockchain ideation, testing the potential for the tech-based strategy for subrogation was an effort exclusively between State Farm and USAA. It underscored their interest in further expanding the use of blockchain in their processes.

The USAA and State Farm blockchain collaboration has the potential to support many other insurers.

“With any new technology, we look for opportunities to build early wins and increase organizational appetite, and this is a great foundational step to put behind continued investment,” said Sate Farm vice president of P&C claims Schuyler Schupbach in a Dig-In report.

“This is an example that has been talked about for many years,” added USAA chief claims officer Sean Burgess. “Both our companies were willing and able to take action on it. It’s one of the first partnerships of its kind, and certainly only the beginning.”

Both companies’ representatives underscore that the USAA and State Farm blockchain strategy requires complete buy-in and full willingness for collaboration among everyone participating. This breaks away from the long-held tradition in the insurance industry in which companies have held tightly to their own technologies in an 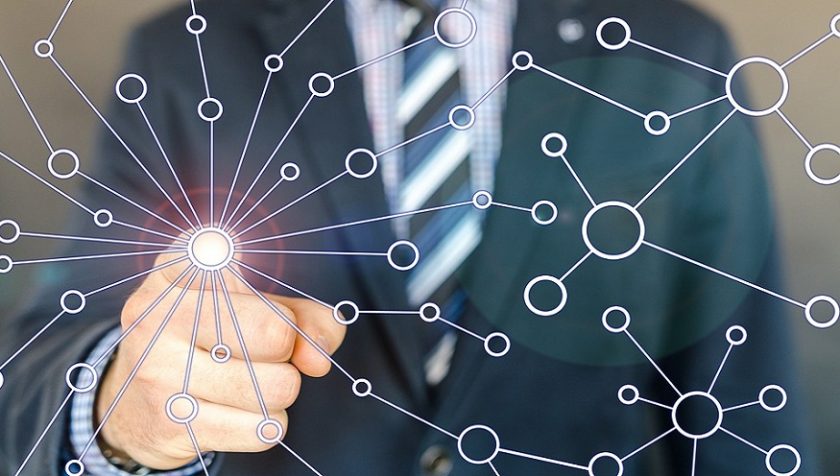 effort to set themselves apart from the competition. However, execs from the two collaborating companies are hopeful that the advantages this strategy offers in efficiency will help carriers to look beyond traditional actions and build a wide-reaching cross-insurer subrogation-processing platform.