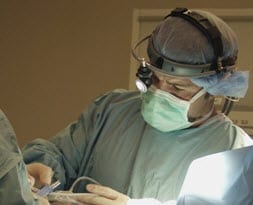 Though many preventive tests –colonoscopies, for example – are covered by the new healthcare reforms, patients are still being urged to understand various loopholes that still exist, where supplementary insurance can help to prevent unexpected expenses.

For instance, though a colonoscopy – a preventive colon cancer screening test – may be covered, if its practice should involve an additional procedure, such as the removal of a noncancerous polyps during the test (which is a very common practice), that additional work is considered to be a procedure and is no longer covered.

The reason is that the coverage only applies to the preventive test and not to many diagnostic procedures. Therefore, anyone who experienced this occurrence would be faced with a bill that could cost hundreds, if not thousands of dollars out of their own pockets if they do not have additional insurance coverage.

Though the new coverage of colonoscopies for preventive care by the Obama administration’s healthcare overhaul has meant that over 22 million patients with Medicare, as well as many other privately insured Americans, have been able to obtain the test without any cost to them for a year now, there are some exceptions that are causing some patients (and some doctors) to become confused.

Unfortunately, many of the decisions that lead to out-of-pocket costs for patients are made during screenings such as colonoscopies, where the patient is under anesthesia, so they don’t have a say in the matter.

Many insurance professionals are starting to recommend supplementary coverage, such as cancer insurance, to make sure that those additional costs can be avoided, and to eliminate unexpected deductibles, copayments, and expensive medical bills.