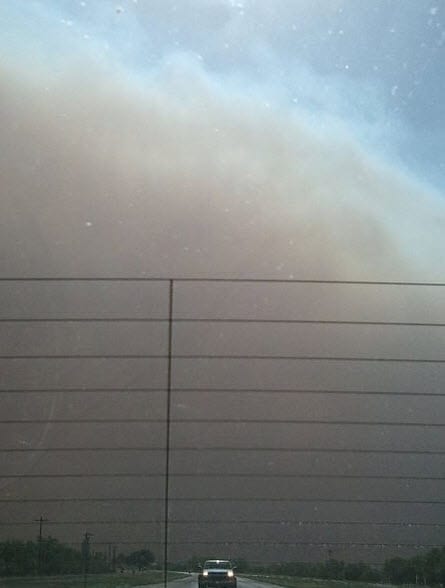 BOSTON, Sept. 6, 2011 – According to catastrophe modeling firm AIR Worldwide, fire crews in Texas have fought nearly 19,000 wildfires since the beginning of this year. Approximately 3.6 million acres-an area the size of Connecticut-have been consumed in the state, accounting for nearly half of all the acreage burned by wildfires in the entire United States this year.

“The fires have been especially severe because of the 2011 southern United States drought that has persisted throughout the year,” said Dr. Tomas Girnius, senior research scientist at AIR Worldwide. “The levels of exceptional drought in Texas are the highest since the United States Drought Monitor began tracking the data in 2000. Drought conditions in the state have been exacerbated by an unusual convergence of strong winds, unseasonably warm temperatures, and low humidity.”

For the first time, outdoor burning, including using campfires, has been prohibited in 251 of the 254 Texas counties.

Dr. Girnius continued, “Over the Labor Day weekend, Texas experienced about 85 new outbreaks of wildfires. Ironically, the outbreaks were assisted by Tropical Storm Lee, which officials had hoped would finally bring much-needed rain to the state. Instead of rain, however (which Tropical Storm Lee dropped in over-abundance on Mississippi, Louisiana, Alabama, and other states to the east and northeast), Texas received the storm’s winds. Gusts as high as 30 mph fanned earlier fires and helped start and spread the new ones.”

Tuesday morning, winds slowed to five miles per hour in east and central Texas, giving hope to firefighters that the outbreak of wildfires could begin to be contained. Fire crews responded to 22 new fires yesterday, ten of which are considered to be large, in addition to other fires that had started earlier. The largest, the Bastrop County Complex fire, which is burning about 25 miles southeast of Austin, the state capital, has raged through 30,000 acres, destroyed nearly 600 homes, and forced the evacuation of at least 5,000 people. As of early Tuesday the Texas Forest Service said there was no containment of the fires.

On Sunday, two days ago, firefighters battled 63 new fires burning on more than 32,000 acres, including 22 that were considered to be large. The Texas Forest Service estimates that more than 700 homes have been destroyed in the past 48 hours. In the past week there have been 181 fires covering nearly 120,000 acres.

AIR estimates that the average replacement value (building only) of a single family home in Texas statewide is roughly $187,000. At least 40 Texas Forest Service aircraft were involved in the firefighting Monday along with another half-dozen Texas military aircraft. The largest individual fire, the Bastrup County Complex blaze, has been fast-moving and has jumped the Colorado River twice. Bastrup (population 6,000) is situated along the river, and at the height of the fire on Monday, a wall of fire and smoke stretched for 16 miles across blackened central Texas croplands.

About 250 firefighters worked against the fire around the clock with bulldozers and water trucks while overhead air tankers dropped more water. Their fight so far has had to be defensive:  evacuating residents, protecting homes where possible, and trying to remain safe themselves. After several days of continuous activity, the firefighters need replacement.

On the opposite side of Austin, about 20 miles to its northwest, another large fire, the Pedernales Bend fire, was officially considered to be about 40% contained as of Tuesday morning. According to the latest Texas Forest Service report, it has destroyed 67 homes while burning across about 6,500 acres. More than 1,000 homes were under mandatory evacuation.

Dr. Girnius concluded, “Gusty winds from Tropical Storm Lee fanned flames in Texas over the weekend. At five and ten miles per hour, the winds are now more quiescent, and with temperatures expected to be lower-90 degrees-firefighters will have a better chance at containing the outbreaks. But the continuing parched conditions, dry air that remains over the state, and an abundance of dead, dry grasses and other vegetation that burn easily ubiquitous across the state, officials see Tuesday’s wind change as a lull in an on-going battle.”

AIR is monitoring events in Texas and will provide updates as necessary.