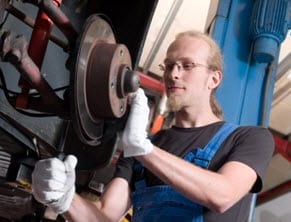 A report released by J.D. Power and Associates, called the 2012 Auto Claims Satisfaction Study – Wave 1, that has shown that despite the fact that there has been a rise in the number of car insurance claims, and it is taking longer for vehicle repairs to be completed, customer satisfaction remained about the same throughout the last quarter of 2011.

The number of claims rose as a result of damage from weather, which also meant that repair shops faced a higher-than-normal volume during that last quarter. The average length of time for the vehicle repairs, from the time that the work was requested to the moment that the car was returned to the customer, was 8.5 days. This was almost a full day longer than the amount of time it took in 2011’s third quarter, which was 7.8 days.

Equally, though, customer satisfaction remained about the same, having scored 855 on a scale of 1,000 points during 2011’s fourth quarter. In comparison, the third quarter scored 854, and the second quarter scored 848 in that same year.

According to the senior director of insurance practice, Jeremy Bowler, at J.D. Power and Associates, the car repair shops were capable of effectively managing the higher volume of repairs and “insurance companies did a good job of keeping their customers informed, which helped manage customer expectations.”

He went on to say that it is critical that customers and insurers effectively communicate in order to ensure satisfaction throughout the process of making a claim. Customers have a tendency of being much more satisfied with an insurance company when they are informed of when they can expect the repairs to the vehicle to be completed, and when they receive updates throughout, than they are when less communication is present.