The American Automobile Association and the Illinois Broadcasters Association have teamed up.

The American Automobile Association (AAA) and the Illinois Broadcasters Association (IBA) have joined forces in a new roadside safety effort.

Their goal is to increase awareness of the risk and encourage drivers to slow down and move over.

The strategy the AAA and IBA are hoping to achieve is to remind motorists to “do the right thing” for roadside safety. By slowing down and moving over, they improve the chances of avoiding unnecessary tragedies on the side of the road.

This could be particularly beneficial to truck drivers when they are required to stop on the side of the road. An ABC 7 Chicago report pointed to the story of the owner of Joe’s Towing from Central Illinois. When the owner’s two sons responded to an emergency, one of them was killed by active lane traffic that did not take preventative action.

“So Noah jumped in the driver’s seat that he was close to and he’s watching out his rearview mirror when another vehicle that was distracted by something and did not slow down, did not move over, coming off the interstate into the ditch and was headed right at my older son Josh,” said the company’s owner and the father of the man who was killed, as quoted in the report.

The roadside safety effort is meant to remind drivers that it is the law to slow down and move over.

The AAA and IBA released a joint statement reminding motorists that state law requires drivers to slow down and move over when there is someone pulled over at the side of the road. The are telling drivers to “do the right thing” both in terms of following driving laws and to keep themselves and other road users safe.

While releasing the message about roadside safety, the associations also took the opportunity to remind drivers of overall safe driving habits. They included avoiding distractions and staying alert while behind the wheel, maintaining a proper distance from other vehicles and an appropriate 20 to 30 second visual lead ahead, and to 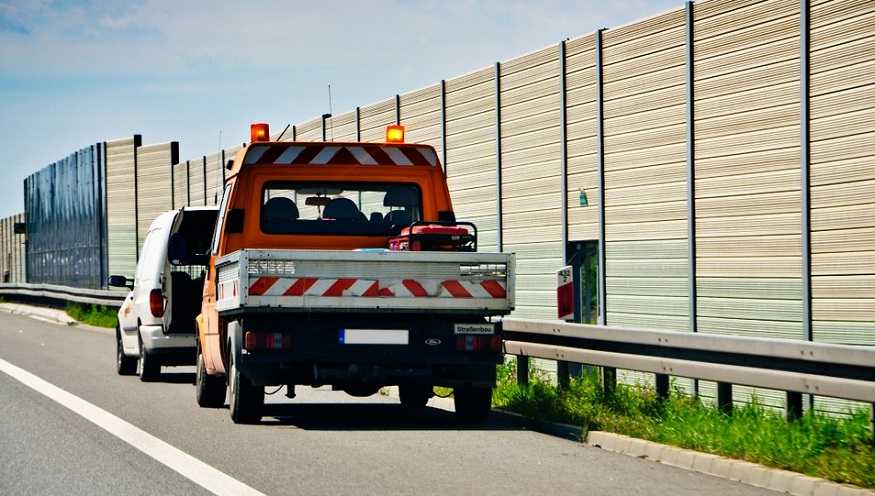 slow down when there are flashing lights ahead, in preparation for a potential required lane change. They also reminded drivers to share the road and allow other vehicles to merge into the lane when necessary.