When you feel like another driver’s actions are putting you in danger, whether or not they’re being aggressive or reckless is probably not your first concern. After all, you just want to get away from them without an accident. However, if an accident happens, knowing the difference between these two types of dangerous driving can affect any lawsuit that takes place.

The following are examples of the most common types of reckless driving. These examples will help you realize what type of dangerous driving is involved if one of these scenarios happens to you.

Reckless driving is often accompanied by speeding. You might navigate curves at a high rate of speed or want to try to zip down an interstate as fast as possible while still trying to obey some of the rules and regulations of the road so that you’re not involved in an accident.

If you cause an accident, then you could be charged with negligent driving because of your actions. Aggressive driving is often associated with speeding as well, but it’s usually because you’re trying to get around another vehicle or trying to intimidate another driver because of an act that was committed on the road for only a few moments.

There are times when you can pass other vehicles while you’re on the road. You could be charged with reckless driving if you commit one of these acts associated with passing a car:

Always try to keep the view of the road unobstructed. This means keeping objects off of the windshield and keeping the rear window clear as well by removing items from the area in front of the window.

You want to be able to clearly see all areas around your vehicle at all times. If you intentionally keep your car cluttered or don’t clean your windows, then it could be considered reckless driving.

Failure to Maintain a Vehicle

When you’re driving on the road, you need to use proper equipment. This means that you need to use your turn signals to indicate when you’re going to turn or change lanes. You also want to make sure your headlights and taillights work as they should.

If you fail to keep your car inspected or fail to use the equipment on your car, then it could be considered reckless driving. A component of aggressive driving is usually ignoring the signals that are given by other drivers. You might see warnings that are given but choose to go around the car or choose to get right on the bumper of a car in order to intimidate the driver to try to get the driver to complete the act faster. 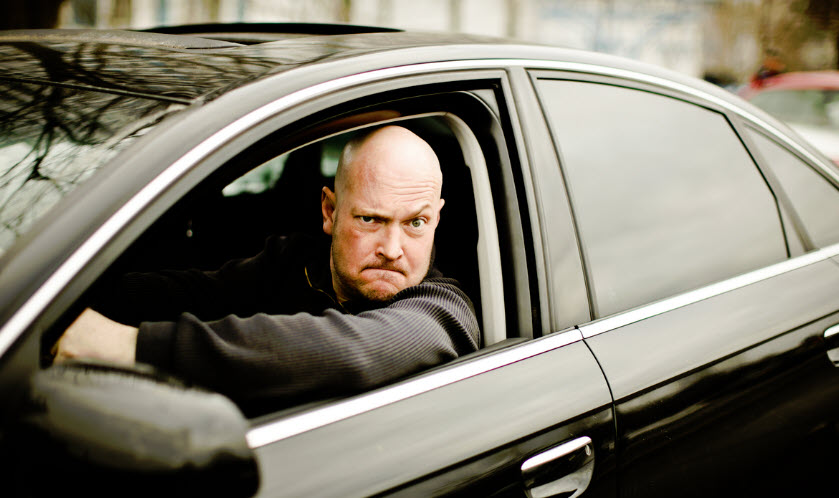 Tailgating is a common form of aggressive driving. One common motive is a tailgater who wants to try to get someone to speed up, especially if they’re trying to reach a destination in a hurry. Tailgaters may also be trying to get other drivers to pull over so they will get out of their way.

Tailgating is extremely dangerous. The driver who is being tailgated could suddenly slam on their brakes in an effort to get the tailgater to back off. If there is any sort of incident that causes the driver in the front to swerve, slow down, or stop suddenly, the tailgater won’t have enough reaction time. This can cause a collision.

Driving in Both Lanes

Aggressive driving can involve driving on the wrong side of the road in order to get around another car. This is usually resolved once they pass the car that they believe is in the way, but it can also result in an accident.

Driving in both lanes is also a form of reckless driving. This could mean swerving in and out of lanes or straddling the center line. This action could result in a serious car accident and could lead to significant injuries of any of the parties involved.

If you’ve been injured by a reckless or aggressive driver, you may want to consult a personal injury attorney with a strong track record of successfully settling car accident cases. They can explain your rights and help you decide your next step.