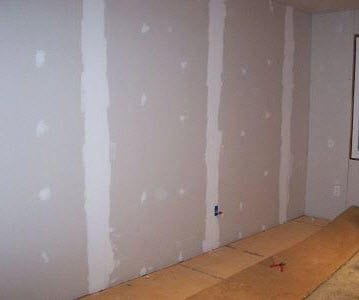 A recent ruling by a Florida judge may set precedence for other possible lawsuits. A Florida couple sued their home insurer for refusing to pay for repairs needed after contaminated drywall used to build their home ruined electrical wiring, air conditioner coils and pipes.

The insurance company, based in Springfield Illinois, argued that the damages weren’t covered due to the “wear and tear” clause, and the “defective materials” clause. The judge deemed that the drywall material wasn’t defective because it could serve its function.

However, because the drywall material also produced a corrosive gas, the judge stated that should fall under the same areas of smoke damage; which is covered. In the judge’s opinion, smoke fumes and gas fumes are in the same category. The final ruling was in favor of the homeowner. The insurance company will be responsible for paying the cost of repairs.

In 2009 complaints from homeowners in South Florida, Louisiana, Alabama and 32 other states started coming in. During the housing boom hurricane Katrina hit, and building materials were in short supply. Especially hard to get was drywall board, so several builders and contractors started importing the drywall sheets from China.

The drywall is said to have high levels of hydrogen sulfide (sulfur), causing it to emit a “rotten egg” odor and produce gases that cause corroding to wiring and pipes. This eventually leads to electrical failures, home appliance failures and other damages.

It takes extensive work in most cases to repair the damages. The whole house has to be gutted to remove the contaminated drywall and replace the damaged wiring and pipes. It’s financially and emotionally devastating for those homeowners who have been affected.

Other complaints have been illnesses such as chronic sinus infections and respiratory infections, nose bleeds and skin rashes. The CDC has determined no study on long term exposure to the drywall toxins will be done due to lack of any previous research. It would be too costly to implement a long term study.