The state has joined more than half of the country that allow drivers to display coverage on their smartphones.

Florida has now become one of the 30 total states that are now allowing drivers to show digital proof of auto insurance on the screens of their smartphones and other mobile devices as a legitimate way of showing that they have the required coverage for their vehicles.

The Cabinet and the Governor have now signed the administrative rule that allowed the change to be implemented. 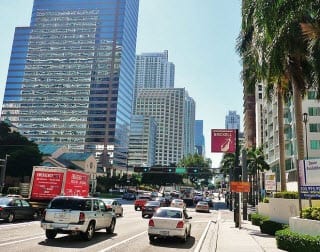 The Florida Cabinet and Governor Rick Scott signed the administrative rule in December, which allowed the change to the law to be implemented. This gives motorists in the state the chance to use a digital copy of their proof of auto insurance to be displayed in the same way that a printed card would be used. An original version of the law became effective back in July of last year, but that version of the regulation still required drivers to have to carry a printed version of the card so that they could display it if it was requested.

The new rule allows drivers to use their devices to display electronic proof of auto insurance on its own.

The regulation means that if a driver is pulled over, he or she can use a laptop, tablet, smartphone, or other device to show an electronic copy of their insurance card. The hope is that this will help to take a considerable amount of pressure off the state’s court system.

The reason is that in 2012, data from the Florida Uniform Traffic Citation Statistics Bureau showed that there were 326,000 tickets issued to drivers for having driven without their coverage card to show that they were insured. Of those, 250,000 (over 75 percent) were dismissed when the driver was able to provide proof that they had been covered at the time.

The Property Casualty Insurers Association of America has said that Florida has now joined 29 other states in adopting regulations or laws that allow drivers to provide proof of auto insurance in some electronic way or another, instead of having to show a printed card.