The expense associated with companion animals health care is growing, but many owners don’t buy coverage.

It wasn’t very long ago that veterinary costs were quite affordable and pet insurance was relatively unnecessary, as the health care that was provided to animals was relatively limited and somewhat low-tech.

Times have rapidly been changing and the cost of providing health care to animals has been skyrocketing.

As a growing number of people consider their animal companions to be nothing less than furry family members and expect them to be able to receive the same type of medical treatments as humans, the price of providing that care has, over the last few years, gone through the roof. While this has provided a very good argument in favor of purchasing pet insurance, many owners have yet to catch up with this mindset and still see it as more of a luxury than a necessity. 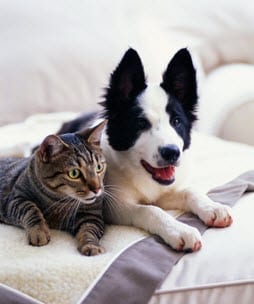 Pet insurance trends are growing much more slowly than the cost of health care for animals.

The average amount paid to veterinarians in the United States is $575 per cat and $852 per dog, according to data released by the American Pet Products Association. Even as the economy has struggled, the vet costs for all types of animals increased by 14.3 percent from 2006 through 2011, while at the same time, there was an increase in the Consumer Price Index by 11.6 percent, said the American Animal Medical Association.

According to Seve Siadak, the owner of Healthy Paws Pet Insurance, the reason that veterinary costs are rising as quickly as they are is that newer procedures – such as teeth cleaning, cancer treatments, and knee surgery – have come available for these fuzzy family members, and these prices are combined with inflation.

Though this is the case, and it is widely known among American animal owners who are watching their vet care bills rise, less than 1 percent of the estimated 1.71 million cats and dogs in the country have pet insurance coverage. This is tremendously lower than in the United Kingdom, where 26 percent of cats and dogs are covered, and in the Netherlands, where 48 percent have a policy.