Some of the latter company’s coverage operations have been purchased through this agreement.

Pethealth Inc. has just announced that its PTZ Insurance agency subsidiary has now entered into an acquisition agreement with Nestle Purina Claims Processing, Inc. and its PurinaCare services in order to purchase some of its pet insurance operations.

Those operations are specific to the administration of the pet insurance 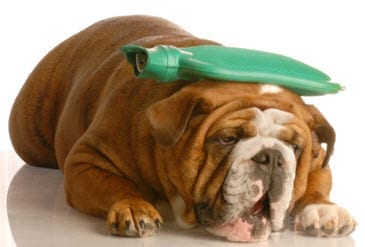 program at Purina, and the ownership of the rights to the renewals of the policyholders that follow as of the acquisition date. The acquisition’s consideration was announced to be a maximum of $800,000, and took in approximately 12,000 current policies from the company.

This pet insurance acquisition will be a purchase all in case through a 3 year financed loan agreement.

The pet insurance company’s loan is through a recognized financial institution and will have a 6 month FIBOR interest rate applied to it, in addition to 2.25 percent. As of yet, this agreement must still undergo closing conditions. Until those conditions have all been satisfied or have been waved, no assurances will be made to assurances that it will be a complete transaction. However, once they are all satisfied or once they have been waved, it is expected that the closing will have occurred on May 1, 2013 or beforehand.

Pethealth is currently the second largest pet insurance provider in North America, offering medical coverage to pet owners of dogs and cats. Its operations include the United States, Canada, and the United Kingdom. It is also the largest animal welfare organization management software provider in North America. That software functions through a cloud based application. It offers an array of different coverage options through several wholly owned subsidiaries.

This acquisition is only the latest in a trend of pet insurance and overall industry mergers and purchases that have been occurring, often as a direct reflection of the current economic environment. Various coverage trends have caused companies to undergo considerable shifts that include buying and selling various divisions, rights, and products in order to keep up with the rapidly changing environment.