Petplan has announced that it is now receiving nominations and that it has added an additional category.

Millions of people who have cats, dogs, and other animals as a part of their families know the importance of finding the best veterinarian – along with an incredible support team – and one pet insurance company is continuing its annual veterinary awards this year in order to recognize those outstanding individuals.

These awards honor not only the best veterinarians, but also the professionals who provide the rest of the care and support.

Petplan has now announced that they have opened the nominations for the 2014 Veterinary Awards that will be held by the pet insurance company. They are hoping to honor the professionals in the veterinary care industry who provide exceptional care by going above and beyond for their patients as well as the human families of those furry companions. 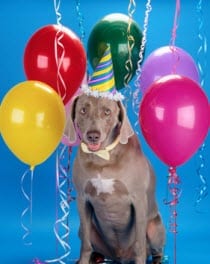 This pet insurance award is designed to celebrate the best providers of health care for dogs, cats, and other animals.

The pet insurance company is now accepting nominations for four different categories, after having added one over last year. The categories now include the following:

According to the co-CEO and co-founder of Petplan pet insurance, Natasha Ashton, “As pet parents, we understand that keeping our pets healthy and happy is often a true team effort, which is why we’re excited to announce the addition of a new award, for Practice of the Year.” Ashton went on to add that “With this award, we hope to shine a well-deserved spotlight on the efforts of the entire clinic, from veterinarians and technicians to practice managers and support staff.”

She also continued to say that the pet insurance company would – once again, this year – be celebrating these individuals at the annual Awards Dinner, which is held during one of the premier veterinary events in the United States. The finalists for each of the award categories in the contest will receive an invitation to join the insurer at the WVC in Las Vegas, which will be in February 2014, in order to not only celebrate their nomination, but also discover whether they have won the award.