The new US president signed the executive order saying that he was undoing “damage” from Trump.

US President Joe Biden signed an executive order at the end of last week reopening the online health insurance marketplaces for people without coverage through employers.

This move restores access to the healthcare.gov insurance exchange from February 15 to May 15.

According to President Biden, the order to open a new online health insurance marketplace window was meant to undo the “damage” his predecessor Donald Trump had done, said a Reuters report. This executive order has created a new open enrollment period in which Americans can use the web-based insurance exchanges to shop for health coverage. Typically, the open enrollment period occurs for only six weeks during the fall.

In addition to that move, Biden also signed executive orders directing federal agencies to “re-examine” policies put into place under Trump. Among them included the work requirements that reduced Medicaid qualification availability.

The reopening of the online health insurance and investigation into Medicaid accessibility were only two of many orders.

Since President Biden took office late last month, he has made a spectrum of moves to reverse policies established during Trump’s time in office.

“Today I’m about to sign two executive orders – basically the best way to describe them – to undo the damage Trump has done,” said President Biden from the Oval Office upon announcing these new American health care moves.

Beyond his health care and insurance coverage orders, the Democratic president has also eliminated the “Mexico City Policy”, which banned American funding for international non-profit organizations providing abortion counseling. This step was labeled as “a powerful message to women and girls around the world that their rights matter,” by UN Secretary-General Antonio Guterres. 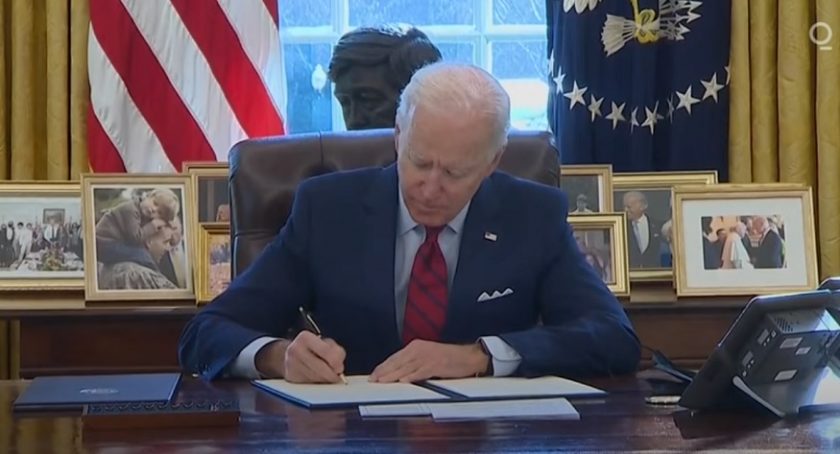 Care Act by former President Barack Obama. Biden called these strategies urgent due to the impact of COVID-19 on the health and medical coverage of millions of Americans.