The U.S. Senator has stated that he is in opposition of the push by congressional Republicans to reduce the funds.

If congressional Republicans were to have their way, then the popular federal children’s health insurance program (CHIP) would be reduced in size, in a move that U.S. Senator Bob Casey has said that he will oppose.

Casey explained that he would like Congress to progress with a reauthorization of CHIP into 2019.

Senator Casey held a conference call with reporters in which he explained that he is hopeful that Congress will be willing to reauthorize the children’s health insurance program right through September 30, 2019, at its current standards of eligibility. The senator is currently the lead-ranked Democrat on the Senate Health, Education, Labor and Pensions Subcommittee on Children and Families. He has called for this motion to pass quickly as there are many states that will be passing their budgets within upcoming months and will need to be aware of what level of funding will be available to them from a federal level.

The senator strongly feels that this children’s health insurance program works and must be maintained. 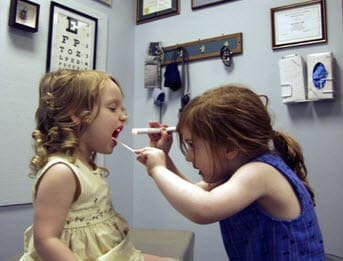 He explained that “This program, CHIP, works. We know it works. All the data shows that,” and that “Parents and children have been better off because of this program.” There are about 10.2 million kids across the country who will have received coverage through this program, this year. This, according to data from the Congressional Budget Office. In Pennsylvania, alone, there are about 149,000 children who are enrolled.

U.S. Senator Orrin Hatch and chairman of the House Energy and Commerce Committee, Rep. Fred Upton of Michigan, among other Republicans, are seeking to turn the program around so that it will become a closer reflection of its original targeted group. Previously, at the initial establishment of the program, it was restricted to families whose household incomes were at or below twice the federal poverty level.

In the current version of the children’s health insurance program, that cap has been lifted, and the District of Columbia and eighteen states have raised the income level for eligibility to at least three times the poverty line.