Oil shipments to countries throughout Asia have been suffering due to sanctions imposed against Iran by the European Union and the United States. These sanctions have barred European insurance companies from providing coverage to freighters that are shipping oil coming from Iran. The sanctions have had a significant economic impact on Iran, as the country’s oil sales have plummeted by more than half since 2011. Now, the EU has announced that it will be relaxing its sanctions on the country due to a new deal. 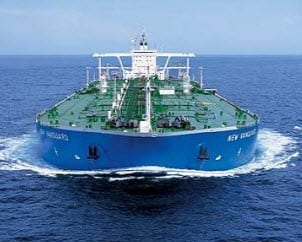 Iran has agreed to put a hold on its controversial nuclear program in order to receive a reprieve from sanctions. Iran has long held that its nuclear program is meant for the purposes of clean energy, but several countries have suggested that the program is nothing more than an initiative to develop a nuclear arsenal. Given the complex political and cultural tensions in the Middle East, countries like the U.S. have become quite aggressive in ensuring that nuclear weaponry does not become a serious issue. As such, sanctions were imposed on Iran in order to derail the country’s nuclear initiative.

Asian countries suffer as a result of sanctions against Iran

The sanctions prohibited European insurance companies from providing coverage that would protect ships transporting oil produced in Iran. The vast majority of those providing this kind of insurance coverage are based in the United Kingdom. Than ban on oil insurance has caused a problem for several Asian countries, most specifically India, China, and Japan, whom have long depended on oil from Iran and other Middle Eastern countries. While these countries have been able to obtain the oil they need, the costs associated with the fossil-fuel have skyrocketed, creating a problematic financial situation for some countries.

Per the deal concerning Iran’s nuclear program, insurers will be able to provide coverage for ships transporting Iranian oil once again. The availability of oil insurance may help reduce the financial strain that some countries have endured. It may also help Iran’s economy, as the deal is expected to help boost oil sales by a modest degree. The deal is not meant to eliminate the pressure placed by sanctions, however, but Iran will have the benefit of a slight reprieve.