A new law that eliminates the cap on insurance payments for non-medical hospital expenses has gone into effect in Massachusetts. Governor Deval Patrick has signed a bill that would remove the payment cap, which had been placed on supplemental health insurance policies that are meant to provide aid for non-medical expenses. Massachusetts had been the only state in the country that had placed payment limits on such coverage.

The law addresses an issue with policies that provide coverage for hospital visits that do not require medical care. These policies offer reimbursement for travel, parking, meals, and even babysitting services. These policies serve to augment existing health insurance plans and are not considered an adequate replacement for actual coverage. As such, the minority of consumers with health insurance policies do not have supplemental coverage. Those that do, however, had expressed their concerns about the payment cap that was placed on their supplemental policies.

This is the first bill from Rep. Tackey Chan that has been signed into law 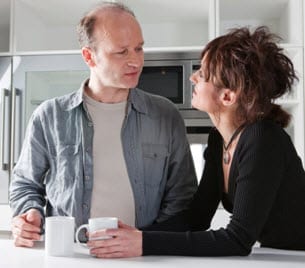 The legislation was written by Representative Tackey Chan and represents his first bill signed into law since he was elected into office in 2010. Chan believes that the new law will make a significant difference for families that must make frequent trips to the hospital. The legislation is designed to reduce the financial strain placed on these people by allowing the state’s insurance companies to provide more aid to those making non-medical hospital visits.

Health insurance continues to be a difficult issue throughout the state, especially in terms of cost

Health insurance remains a costly issue for many state residents. Though the Affordable Care Act has helped make insurance coverage less expensive for some, the cost of insurance coverage continues to increase. This is partly due to the rising cost of medical care. Older consumers that have recently received coverage are also taking the opportunity to visit the hospital more regularly, which has introduced some degree of financial strain to the insurance market.