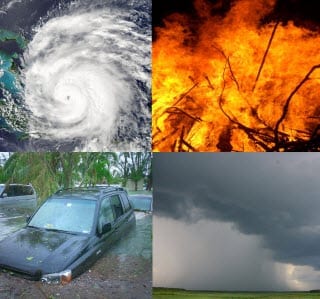 BOSTON, Jan. 16, 2013 – In 2011, insured losses from global natural catastrophe losses exceeded USD 110 billion according to industry sources, the second-highest figure ever recorded. A new report from catastrophe modeling firm AIR Worldwide reveals that there is nearly a 7 percent probability that the global insurance industry will experience this loss level or greater in any given year (translating to a 15-year return period loss).

AIR’s report titled Taking a Comprehensive View of Catastrophe Risk Worldwide not only puts the 2011 losses in perspective but also examines scenarios that could result in much larger worldwide insurance losses. For example, AIR estimates that the 1 percent exceedance probability loss (or the 100-year return period loss) is just over USD 200 billion – a figure that could be driven by an active and severe U.S. hurricane season or by a combination of different perils in different regions, as was the case in 2011. AIR estimates the average annual loss (AAL) from natural catastrophes is USD 59 billion, in line with global catastrophes losses from 2012, which are estimated to be around USD 58 billion. Those estimates are based on perils and regions currently modeled by AIR.

“Many in the industry were surprised at the aggregation of losses in 2011, especially since we didn’t have a major U.S. hurricane,” said Bill Churney, senior vice president, AIR Worldwide. “However, AIR’s models incorporate years with losses much greater than what we experienced in 2011. This is the real value of having a credible catastrophe model – to fully anticipate possible outcomes, including future catastrophes and future years that will produce losses exceeding any historical amounts.”

The natural catastrophes of 2011, including the Tohoku earthquake in Japan, flooding in Thailand, earthquakes in New Zealand, and a record-breaking severe thunderstorm season in the United States, resulted in USD 110 billion in insured losses as reported by Swiss Re – making it the second-highest figure ever recorded from global natural catastrophes.

“Despite the significance of the toll in 2011, insured losses fell well within the range for which global insurers and reinsurers should be prepared,” continued Churney. “It’s our hope that the report will help companies increasingly concerned about escalating levels of loss to better understand and own their risk.”

The events of 2011 prompted the industry to consider some basic questions, which AIR’s new report explores, such as: How frequent are loss years like 2011? And are natural catastrophe events becoming more frequent and/or more severe?

AIR is in a unique position to provide guidance with respect to those questions. AIR develops and maintains detailed databases of insured properties for each modeled country. The databases serve as the foundation for all modeled industry loss estimates. Second, AIR takes a unique approach to generating the catalogs of simulated events in its software that makes it easy for the user to determine the probability of various levels of loss for individual events, such as the Tohoku earthquake, or for whole years of catastrophe activity. Finally, AIR models the risk from natural catastrophes in more than 90 countries, which gives it a global perspective. For example, AIR models covered perils and regions accounting for more than 80 percent of insured losses from natural catastrophes worldwide in 2011.

“AIR’s approach of simulating potential years of activity has long enabled companies to look at their global risk on an aggregate basis,” concluded Churney. “We thought the industry would benefit by sharing such pertinent loss information.”

A full version of this report can be found on AIR Worldwide’s website at:
http://www.air-worldwide.com/Publications/AIR-Currents/2012/attachments/Taking-A-Comprehensive-View-of-Catastrophe-Risk-Worldwide/