A recently released industry report has revealed that drivers in the state were paying the highest amounts.

According to an industry report that was released at the very end of 2013, New Jersey auto insurance was the most expensive for drivers to buy in 2011, as motorists paid higher premiums for coverage there than in any other state in the country.

The average premiums paid by drivers in order to maintain their coverage was $1,301.52, that year. 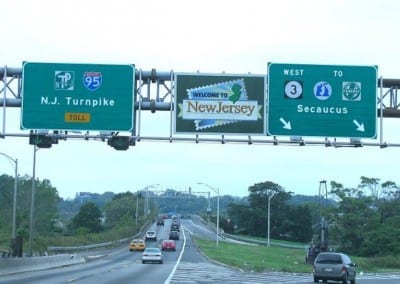 When compared to the national average – as per the statistics from the National Association of Insurance Commissioners (NAIC) – New Jersey auto insurance was 43 percent higher. The state has always been among those that rank the highest in cost comparisons. In the year before, it had been in third place, as Louisiana had been the most expensive and Washington D.C. came in second place.

This latest data shows that New Jersey auto insurance is headed in a more expensive direction compared to other states.

The data that was included within the report’s rankings took into consideration the cost that is applied to drivers for both mandatory liability coverage as well as comprehensive and collision policies that are optional.

NAIC is an organization based in Washington, for the regulators of the states. While the data that it maintains on the cost of coverage is a number of years behind the present, these statistics are also considered to be the most solid and accurate when compared to other reports that are put out in the industry across the country. Although the cost of insuring a vehicle had fallen in 2007 to reach $1,227.63, it continued to rise over the years, until it was 6 percent higher in 2011 in the state.

On the other hand, the national average for insuring a vehicle has held at a pretty much stable rate over the last 5 years for which NAIC data has been available. In 2011, the average American spent $911.56 for a policy for a year. This was $3 lower than the average from 2007. Clearly, the direction that the cost of New Jersey auto insurance has taken is not the same as it has been for the country as a whole.