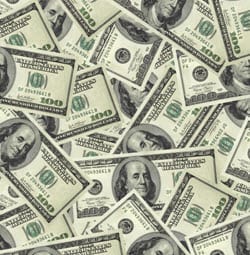 As a result of the insured losses from natural disasters in 2011, private sector insurance companies will have paid over $32 billion in claims to assist businesses and homeowners to rebuild after damages caused by those events.

According to the Insurance Information Institute (I.I.I.), this figure breaks the records for all previous years in terms of federal disaster declarations.

The I.I.I. president, economist Dr. Robert Hartwig, CPCU, the catastrophes that occurred in the United States in January through September resulted in 32.6 billion in losses that were directly insured. This was almost twice the average of $18.6 billion in direct insured losses that are typically seen by insurance companies within a year’s first nine months.

The figures cited by Dr. Hartwig were gleaned from the Property Claim Services this month from the ISO. He also added that “The $32.6 billion figure doesn’t even include the significant insured losses which arose after the pre-Halloween snowstorm.” That severe weather event led to tremendous damage among many of the Atlantic states.

When this data was combined with the claims from all of the other catastrophes that occurred in the last quarter of the year, it is expected that there will be more than $35 billion in direct insured losses in 2012.

Dr. Hartwig explained that the level of the policyholders’ surplus is a reliable indicator that insurance companies in the property/casualty sector are still more than capable of covering claims in the future.