The insurer holds this event every year and has asked the public to vote on the weirdest pet related claim.

Nationwide is holding its Hambone Award 2019 event and has asked the public to vote on the top strange pet insurance claim of the year.

The insurer’s award is an annual event that honours the pet with the weirdest insurance claim.

The Hambone Award 2019 already has its finalists, but the winner has yet to be named. The award started in 2009. It was named after the first winner, which was a dog that found himself trapped inside a refrigerator on Thanksgiving, at which point it ate an entire ham. Since that time, Nationwide has been using this event as an upbeat way to share strange stories with consumers.

That said, there is a deeper purpose to this Nationwide Insurance event. Its strange nature makes it an appealing event that draws a lot of attention. Using this appeal, it can not only entertain but also inform consumers about the types of things that can happen to pets when you least expect it. This can draw attention to the types of precautions people can make to keep their pets safe. Moreover, it can illustrate the value of pet insurance by showing the cost of veterinary care to rescue those pets.

The 2019 Hambone Award is also meant to honor local veterinarians and their teams for the care they provide.

This year, Nationwide Insurance selected five finalists for the vote for the award. These represented five of the weirdest pet insurance claims made from among the insurer’s more than 750,000 insured pets.

Those finalists for the 2019 Hambone Award are:

• Max – A Great Pyrenees dog that managed to get its head stuck in a hog trap.
• Minnow – An indoor cat that took off outside for 21 days before returning home with a broken rib.
• Frank – A Rottweiler dog that tried to get too friendly with a porcupine, sniffing it and getting a nose full of quills.
• Jasper – A cat that slipped into the dryer just in time to get a spin in the fluff cycle. 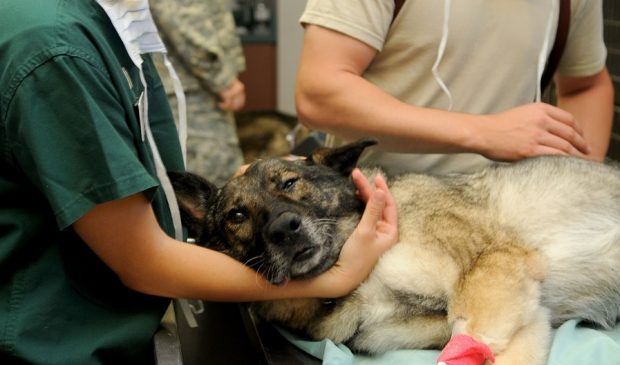 • Tippy – A Border Collie that was running to play fetch and managed to slam into a steel trailer hitch, hurting her muzzle.