A recent study showed that 36 percent of traffic fatalities in Wisconsin were from unlicensed motorcyclists. 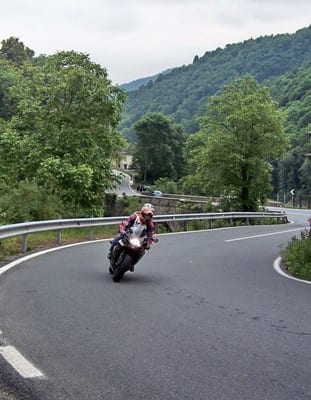 As much as people have always been told that having a license and motorcycle insurancef is very important to safety, a recent study conducted in Wisconsin has shown that people who are unlicensed are getting killed on the state’s highways in large numbers every year.

The study looked into the last ten years and about 36 percent of the fatalities involved unlicensed operators.

This helps to explain why the two most highly recommended safety precautions outside of a good quality vehicle, helmet, and gear are motorcycle insurance and a valid license for that machine. The Wisconsin Department of Transportation records data has shown that over the last ten years, about 36 percent of the fatalities that occurred in the state among motorcycle riders involved operators who had not completed the skills testing or safety training that is necessary in order to obtain a valid license. That said, they were riding anyway, and it turned out to be a deadly mistake.

Motorcycle insurance helps to cover injuries and damages that could occur while a license can prevent the accident.

The figure, which represents more than one third of all of the fatalities, is also representative of hundreds of deaths of people who did not have the training necessary to ride their motorcycles on the roads.

Throughout the last decade, two of the worst years that were experienced for unlicensed drivers were in 2007 and in 2012, when those without a valid license represented 47 percent and 43 percent of deaths on those vehicles, respectively.

A biker group from the state, ABATE of Wisconsin, is now addressing this issue and is using the spring season to focus on it more heavily. They have started an education campaign that urges motorcyclists to obtain the training and testing that they need to obtain their licenses before they set out to ride.

According to the Department of Transportation’s Wisconsin Motorcycle Safety Program manager, Greg Patzer, there are many people who have been on their bikes for years without ever obtaining a license. This, and proper motorcycle insurance are legally required within the state in order to use its roads.