Ensquared is prepared for an explosion of smartphone adoption and online shopping.

Leading smartphone and iPhone insurance authority, Ensquared, has announced the results of its latest customer and industry data analysis and has announced that American mobile commerce will truly be taking off within the upcoming two to five years.

As a result, they also say that tablet and cell phone insurance will also skyrocket.

Though the United States is never a world leader in terms of mobile commerce and devices, it is about to take on a leadership role in the smartphone and tablet channels. This, regardless of the fact that the penetration of smartphones rose by 46 percent within the last 12 months and that there remain approximately 150 million feature or basic cellular phone devices still being used throughout the country. 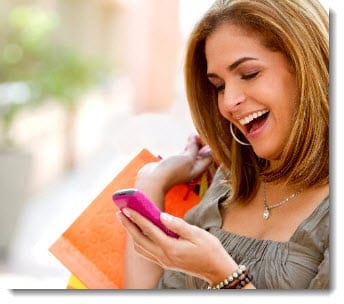 The 18 to 44 year old demographic is that most likely to own and use a smartphone.

What is promising is that the number of users of these devices around the world is predicted to double within the next few years, as they become a more mainstream way for individuals to communicate, shop, and perform their daily tasks.

As the devices are increasingly designed to cater specifically to an individual’s needs and expectations, it has allowed the price of the devices to remain the same, but for sales to increase. Consumers are quite obviously becoming more dependent on these devices, as they use them quite consistently for talking, texting, emailing, using apps, playing games, taking pictures, recording videos, browsing the web, listening to music, reading books, organizing their days on calendars, and social networking.

With increased value to the consumer comes the ability to resist lowering the prices. At the same time, a growing number of people are purchasing their devices outright, as they bundle them with their wireless plans to achieve greater savings.

Equally, Ensquared has said that as more people purchase these devices, an increasing number of people own these devices, a growing number will also want to buy tablet and smartphone insurance in order to protect them. They are already beginning to realize the real value of the devices and that there is a risk against which they would like to be protected. This is opening up a significant door in the mobile commerce marketplace.