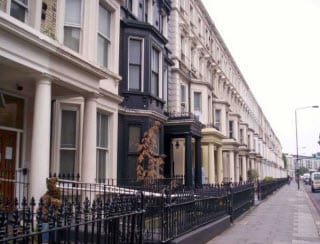 The Association of British Insurers (ABI) has made an announcement that indicates that approximately 200,000 homes throughout the United Kingdom that are at a high risk of flooding might not be able to obtain flood insurance coverage beyond 2014.

This announcement came close on the heels of widespread predictions that the government may not be able to come up with the necessary funds for building the required flood-control infrastructure, despite the fact that climate change is causing water and sea levels to continually rise.

Some have suggested that many homeowners will need to spend their own money on defenses against flooding, and that any insurance policies that would be available to them would have prohibitively expensive premiums.

In 2000, the ABI signed a “Statement of Principles” with the U.K. government that guaranteed that they guaranteed coverage to the homes located in areas at a higher risk of flooding, where it was expected that defenses would be completed within the following five years.

According to Nick Starling, the director of general insurance at the ABI, when speaking at a property insurance conference, “This (agreement) was renewed in 2008 but it will not be renewed when it comes to end in 2013.” He explained that while the ABI had upheld their side of the deal, the government did so only up to a certain point. He conceded that the government had bettered its planning and data processes, but there was a slowing of the “good spending” on the defenses against flooding.

At the moment, there are no indications that a suitable alternative will be available to replace the agreement when it expires in June 2013.