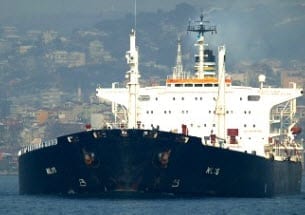 A major insurer of Chinese ships has announced that, starting in July, it will be stopping its indemnity coverage for tankers that are transporting Iranian oil.

This has dealt another blow to the tanker companies that carry oil – the main export of Tehran – from the Iranian capital, and has further narrowed the coverage options available in a market that has already been pinched by payment barriers put in place by sanctions in the West.

As the number of Western sanctions increase on exports from Tehran, the China P&I Club has stated that it is not interested in remaining the sole player within that marketplace, especially after European and Japanese insurers have already announced their intentions to either limit their own tanker coverage from Iran, or ban it altogether.

This has been the first indication that Chinese refiners, the top buyer of Iranian crude, may find themselves struggling to receive the insurance and the shipping that is required to continue the imports from that nation. The other primary customers of Iranian oil include India, South Korea, and Japan, and they are all finding themselves faced with similar struggles, which has lead to the question as to how Tehran will manage to continue the export of the majority of its oil.

Since the beginning of the year, when the first indications that there might be a disruption on Iranian crude oil supplies following Western sanctions, the price of crude oil has spiked by 14 percent.

The China P&I Club, which includes members such as the massive shipping firms in China called COSCO Group COSCO.UL, and Sinotrans, is the very first maritime insurance company in that country to have announced that it will certainly be ceasing business with ships that transport products from Iran.

According to an official in Hong Kong who is with the insurance company, which currently provides more than one thousand ships with coverage, “Many ship owners want to join our club and want our club to cover this risk, but considering all these regulations from the United States and the EU, I know the China P&I club will not do that.”