A report from the AALTCI has shown that education is required when planning for options later in life.

The American Association for Long Term Care Insurance (AALTCI) has just released the results of a national study that has identified and underlined the tremendous toll that is being taken by the overwhelming majority of adults who are providing the care services for an aging spouse or parent.

Every year, these individuals are providing billions of dollars worth of services, completely unpaid.

The director of the national trade group for the long term care insurance industry, Jesse Slome, explained that “Unpaid caregivers provide $450 billion worth of care every year to someone who is ill, disabled or aged.” He went on to explain that unless a person has coverage or adequate savings or assets to pay someone for help, it is nearly a requirement for many families to take care of an aging family member, themselves. 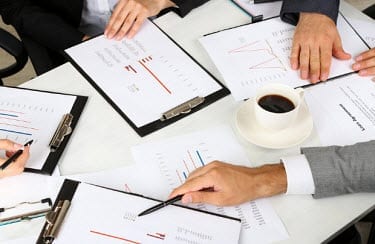 Many people misunderstand the need for long term care insurance, assuming they have coverage elsewhere.

Slome explained that this is a very common problem seen by the long term care insurance industry. He stated that “Caregiving for a family member today is almost a requirement unless you have the savings or assets to pay for outside help,” and added that “People wrongly believe that Medicare pays for the type of care which is called long-term care but the reality is that Medicare pays very little of the cost and Medicaid is a severely impacted welfare program for the poor.”

The recently published long term care insurance study was called “Retirement Care Planning: The Middle Income Boomer Perspective.” It provided the results of a survey that was conducted on adult caregivers whose ages fell within the range of 49 and 67 years old, and whose household incomes were between $25,000 and $75,000. The study discovered that the cost of providing care for elderly family members had an impact on existing relationships, as has been previously suspected. However, what was also surprising was that this effort took a greater physical toll than had previously been believed.

Slome explained that although many Americans can now expect to live into their 90s or even 100s – more than ever before – very few have made plans to live that long. His group is now making a call for education and awareness of long term care insurance and other forms of preparation for living until the age of 100.