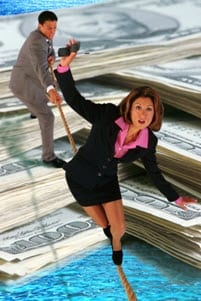 Research conducted by a Milwaukee insurer has identified a number of enlightening facts.

The results of a long term care insurance study performed by Northwestern Mutual Life have shown that while women seem to have a greater understanding than their male counterparts regarding the options and resources that are available to a person who requires assisted living services, they are also notably less likely to purchase the necessary coverage to shelter them from those risks.

The insurer released its findings in time for the awareness month for this form of coverage.

As November is the awareness month for long term care insurance, the insurer chose to release the results that it discovered when it would receive the most attention and interest.

Among the findings from this long term care insurance study are the following:

Among women, 73 percent have an understanding of at least one of the long term care insurance options that are available to them. That said, 80 percent (four out of every five) women either feel certain that they know the areas in which they would require assistance, or feel that they would not need additional assistance should they ever suffer an event that would necessitate extra care.

Furthermore, another four out of every five women (79 percent) were capable of providing an estimate regarding the average length of time that the long term care insurance coverage would be required.

According to the vice president of Northwestern Mutual, Rebekah Barsch, “There are two reasons long-term care should be top-of-mind for women: traditionally they’re the caregivers in their families, and they face greater longevity.” She also went on to add that “Yet, we’re finding that women don’t necessarily feel empowered to plan for the chance they’ll experience a long-term care event.”