The massive marketplace has reported quick customer service for customers affected by Harvey, Irma and Maria.

Hurricanes Harvey, Irma and Maria left catastrophe and devastation behind, and Lloyd’s insurance claims are being rapidly processed, says the market. The company says it is responding quickly and has even made some advance payments.

The storms left behind an estimated $738 million in insured damages to properties and possessions.

“It is heartening to see the Lloyd’s market swing into action in this way,” said Inga Beal, the market’s chief executive, when addressing the Lloyd’s insurance claims processing. “As the UN marks International Day for Disaster Reduction (October 13), these events serve as a stark reminder of our duty and ability to assist people, businesses, and governments when disaster strikes.”

She went on to point out the importance of remaining mindful of the struggle faced by policyholders. Beale expressed the need for the market to do what can be done to make claims payments as fast as possible.

The speed of Lloyd’s insurance claims processing decides how quickly policyholders can go back to their lives. 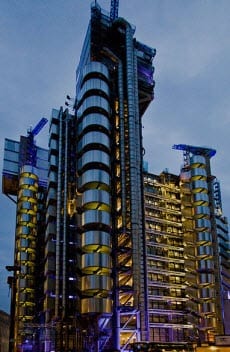 While Lloyd’s of London always says that it handles its insurance claims within a reasonable time, it has been pushing the process as much as possible recently. With all the hurricanes this year as well as the flooding in Asia and the recent earthquakes in Mexico, it has become more important than ever to help policyholders to be able to receive the payments they require to move on with their lives.

“When you get three catastrophic weather events as well as earthquakes in Mexico and flooding in Asia all happening so close to each other, it’s essential to make sure the market’s claims response moves as quickly as possible to help people rebuild their lives,” said performance management director at Lloyd’s, Jon Hancock.

He also pointed out that Lloyd’s of London is making rapid insurance claim payments, in keeping with its reputation for quick claims handling. He underscored that some advance Lloyd’s insurance claims payments had been made on several reinsurance programs in order to make certain that local insurance companies would be capable of making their own claims payments, particularly in Texas and the Caribbean.