About 9,000 customers filed for this type of damage with State Farm last year, for a total of $107 million.

Some states have seen substantially more claims of this nature than others across the country.

According to State Farm, the states that experienced the most lightning insurance claims were: 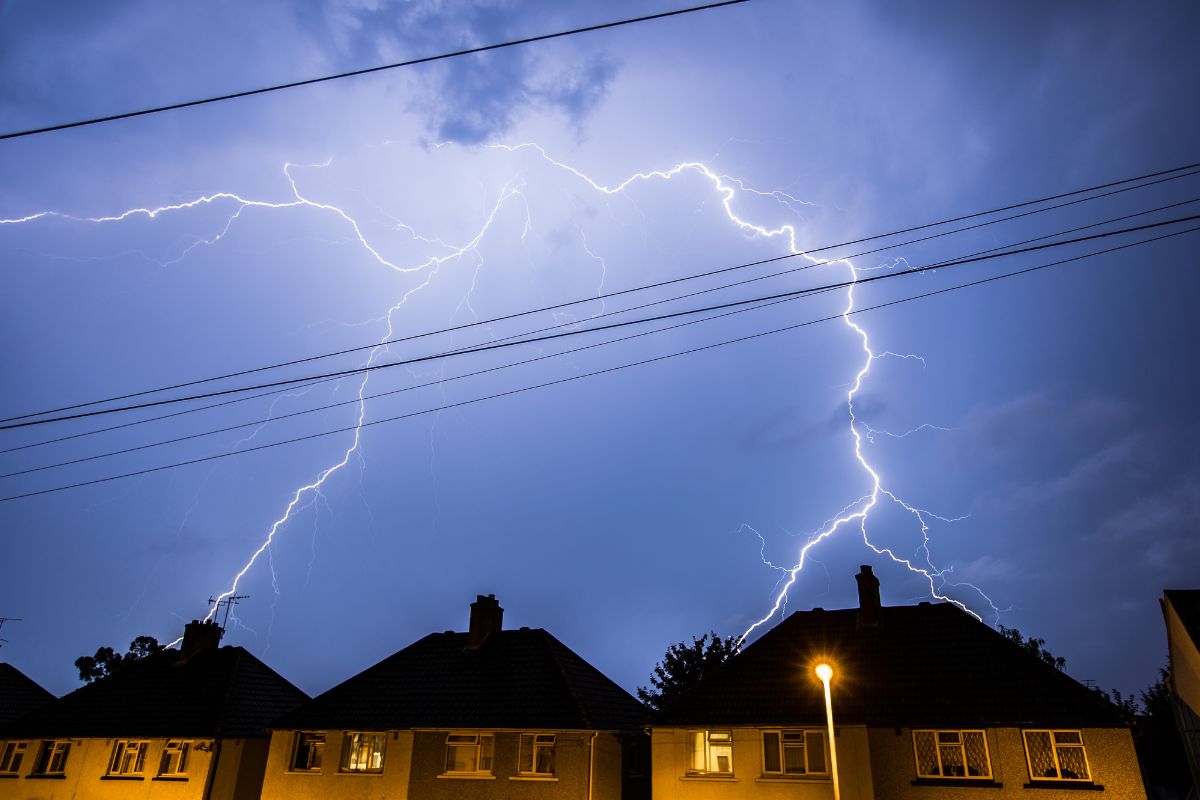 Though these storms are commonplace, they can be exceptionally damaging. Moreover, many people don’t realize that lightning can strike up to 15 miles away from the storm that forms them. Therefore, if thunder is audible or if an electrical storm has recently passed through, it’s important to stay inside for longer than the period of time when the storm itself is directly overhead.

State Farm has reminded its policyholders that “When thunder roars, go indoors,” is the best advice.

Data from the Insurance Information Institute shows that ground surges comprise 50 percent of all claims of this nature. Therefore, if a strike occurs near a home, it can cause electricity to spike and can short out electrical systems, even if the home itself wasn’t directly struck. This fact was underscored by the amount of damage recorded in 2021, for which the average cost paid by State Farm was $12,000.

Lightning insurance claims cover the damage that can occur when a strike happens at or near a home.

“Look at everything in your home that is plugged into a wall. Now, take into account how much it would cost to replace even half of those items,” said State Farm Public Affairs Specialist Gina Wilken in a news release about lightning insurance claims. “Preparation is key for any kind of weather, and lightning is no exception. Have an annual conversation with your agent to ensure your coverage matches your life so that when something happens, you’re covered.”