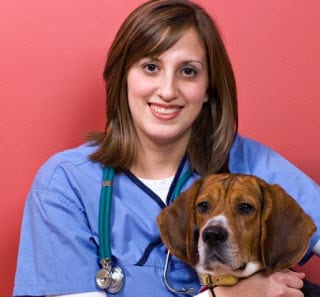 Why specialty insurance is on the rise in the U.S.

In a country where many people don’t have health insurance, it might seem surprising that specialty insurance is on the rise. However, it’s also a country where people treat their pets like family and their iPhone like personal assistants. As people weigh the cost/benefit of insuring what they love in their lives, more and more of them are deciding that they’d rather be safe than sorry.

Here are five reasons why specialty insurance is on the rise.

*1) Pets are (an expensive) part of the family. *For many people, pets are on par with children. Like children, keeping them healthy can be an expensive endeavor. Vet bills can break the bank, and with pet obesity on the rise, they’re becoming more frequent. Insuring your pet can alleviate much of this pain. In the UK, 25% of pets are insured, and in Sweden, that number goes up to 50%. It’s surprising that only 1% of pets in the US are insured, but the trend is catching on quickly.

*2) Gadget theft is out of control.* In New York City, the theft of iPhones and iPads went up 44% this year. What many people don’t know but are quickly realizing is that while it can cost $200 to purchase your smartphone when you sign up with a new carrier, it can cost over $600 to replace it after it’s stolen. Although Apple offers AppleCare when you buy your phone, it doesn’t cover theft or the water damage that occurs after you drop your phone in the toilet. (Don’t worry, we’ve all been there.)

*3) Vacation is a serious matter. *Studies show that us workaholic Americans don’t even take all our vacation days, so when we finally go (or when we retire), we go all out. According to our data, the average trip cost is $2,660. Spending a bit extra on travel insurance is well worth it for people who don’t want their precious honeymoon, European backpacking trip or exotic getaway soured by lost luggage, medical issues or problems with passports.

*4) You paid how much for that bike? *In the largest U.S. cities, bicycling is up 70 percent over the last 10 years. More and more people are exchanging bikes for cars for their commutes and adventure cycling is also higher than ever before. That said, it’s no surprise that the cost and subsequently the theft of bicycles are also on the rise. Of course, most people keep their bicycle under lock and key but that doesn’t stop thieves from dismantling and stealing parts. You can purchase bicycle insurance that not only covers theft, but also damage to the bike and personal protection if injured while biking.

*5) Savvy consumers comparison shop. *The internet has made it possible for savvy consumers to get the low down on the best deals and compare prices. Many of them have realized that third party insurance is often a better deal. For example, rental car insurance costs $25 a day when you purchase from the counters, whereas a third party usually offers coverage for up to 60 percent less.