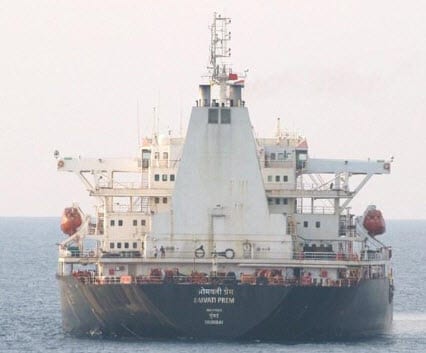 This is the latest step taken in Asia to sidestep the EU sanctions on the coverage.

India has now become the latest country in Asia to offer tankers Iran oil insurance through a government backed program in order to get around the sanctions against the coverage that have been put into place by the European Union and that have cut the exports from the Middle Eastern country nearly in half.

Japan has already been providing its own shipment protection through its government.

The very first ship to take part in this Iran oil insurance coverage received its load of crude on Wednesday. This was a massive step forward for the Indian government, which has experienced significant struggles in being able to maintain its critical imports of Iranian crude when the sanctions on European insurers kicked in on the first of July, this year.

The first tanker to use the Iran oil insurance from the Indian government will be the MT Omvati Prem, which is capable of carrying 85,000 metric tons of Iranian crude to the Mangalore Refinery and Petrochemicals Ltd., which is a state refiner in India. According to president Kowshik Kuchroo, of the Indian shipping company, Mercator Ltd., the ship is scheduled to arrive on August 25, 2012.

Kuchroo explained that “This being a government of India cargo, it has a different sense of importance. We’re not doing it just for business.” He went on to explain that “At a short notice, we can’t just snap the supply.”

Mercator is providing Iran oil insurance for this ship for a maximum hull and machinery coverage of $50 million. This protects against damage to the ship itself. The coverage is through the New India Assurance Co., which is state owned. An additional $50 million in indemnity coverage is also provided for the ship, covering an array of different types of liabilities, which includes damage to the cargo and environmental pollution. That coverage is through another government backed firm, United India Insurance.

Though this is nowhere near the $1 billion in Iran oil insurance coverage that Mercator and other companies used to obtain through European insurers – which had underwritten the majority of maritime coverage before the sanctions – it is an important first step toward reestablishing the crude supply to the country.