The “Mission: Impossible” inspired set for a promo shoot has produced complex issues. 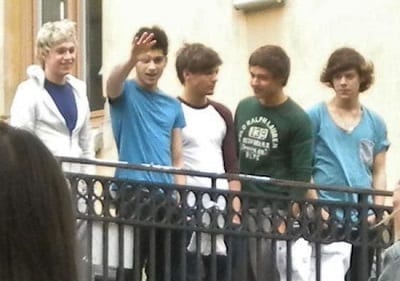 The popular English-Irish pop boy band, One Direction, was on the set of a promo shoot for their most recent fragrance brand, but it turns out that the set, which was themed in the style of “Mission: Impossible” presented a number of different problems and issues, that caused it to become an insurance disaster.

The members of One Direction, Liam Payne, Harry Styles, Zayn Malik, Niall Horan, and Louis Tomlinson, found that insurance stoodin the way of their ability to be able to perform their own stunts. To make sure that they did not end up being injured by the dramatic requirements of the stunts within the various shoots, stuntmen had to be called in to replace them. According to one source who was quoted in the U.K.’s Mirror publication, “It would be an insurance nightmare if one of the boys got injured ahead of their world tour – and that kicks off in less than a month in Colombia.”

To avoid this risk – and the insurance struggles that it would involve – the stuntmen were needed.

The source was also quoted to say that “Nothing is being left to chance,” and pointed out that it was only the more dangerous stunts that were performed by the experts. The rest still featured the band members of One Direction.

The entire concept of the promo shoot was to have the singers break into a vault in order to steal bottles of their new fragrance. The stunts themselves were inspired by the famous “Mission: Impossible” movie franchise, particularly from the well known scene in which Tom Cruise’s character hung from the ceiling as well as when he deftly avoided massive fiery explosions.

Specialists in pyrotechnics and rigging were called in to make sure that everybody – from the members of One Direction to the stuntmen who were sometimes replacing them for the most dangerous shots – would be kept completely safe. They expect that the perfume deal will be a highly profitable one and that it will be well worth the added expense that was involved in keeping the stars safe while avoiding a situation that would be impossible (so to speak) for insurance companies to cover.