Everything from trackers to wristbands and smartwatches are offering considerable opportunities to health insurers. 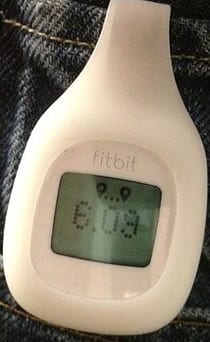 Health insurance news is abuzz with the some of the latest mobile devices that are rapidly becoming mainstream, in the form of wearable technology gadgets that are sensor rich, providing considerable feedback about a person’s fitness levels and his or her body’s response to various activities throughout the days, weeks, and months.

Although this would have sounded like something out of a movie, this tech is already readily available.

With everything from the FitBit to the Jawbone, and from the Spark Tracker to Galaxy Gear, people are tracking their steps, calories burned, heart rates, blood pressure, and other factors surrounding their health, and insurers are paying attention. Now, the latest insurance news is showing that some of those companies, and the industry as a whole, is considering a similar use for those wearables as in the case of the wireless telematics devices in usage based insurance policies for cars.

This insurance news could redefine the health care and coverage industry in a matter of years.

At the moment, it is estimated that one in ten American adults own a fitness tracker in one form or another. That said, a recent report from Pew Research has suggested that the penetration of these devices will be much greater over the next decade. At the same time, the wearable technology industry will continue its current explosion of different sensors and gadgets that can keep track of everything from heart rate to breathing, but that could also recognize the onset of high stress levels or chronic illnesses.

At the moment, a growing number of employers are already choosing to monitor some fitness tracker generated data – to the degree that can be viewed on a dashboard – in order to be able to reward their workers who are covered by their health plan as a part of an increasingly popular trend toward corporate-wellness programs.

As is the case with usage based programs for vehicles, this insurance news has also placed the spotlight on privacy. While this could help those with policies to be able to prove their efforts to decrease their risk of requiring medical treatments – such as through regular exercise – using wearable technology in this way also taps into a gray area in terms of how much an insured should be required to share with his or her insurer.