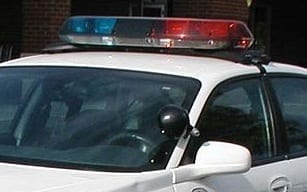 A new bill would remove the police package cars that were purchased by the state’s department.

A bill in Oklahoma is making insurance news as it has now been passed by a Senate panel which would bar the state’s Insurance Department from being able to use the police package vehicles that it purchased for use by its anti-fraud investigators.

The vote on Monday was unanimous for stopping the “specialized motor vehicle” use.

The Senate General Government Committee released their insurance news relating to the vote which occurred on Monday. It was unanimously in favor of the bill. This bill was first brought forward by Seminole Republican Senator Harry Coates. It was written specifically to prohibit the use of “specialized motor vehicles” by the Department of Insurance.

This insurance news comes only a few months after the department first purchased the cars.

A number of legislators in the state expressed their concerns over the department’s decision back in November and December 2012, when it was first reported that over $180,000 on seven police package vehicles, as well as bulletproof vests and shotguns. Officials from that agency claimed that they required this equipment as a part of a massive expansion of their aim to reduce criminal insurance fraud.

John Doak, the Insurance Commissioner, himself, defended the decision to make the purchases. He made insurance news statements that revealed that he believed that the vehicles, weapons, and protection were vital to the safety of the officers of that department. He pointed out that these resources were not funded by state appropriations. He underlined that the money for these purchases came from a revolving fund that receives its funds from penalties, fines, settlements and fees.

Despite the support that the commissioner gave the decision, the purchase of the police package cars, in particular, as well as the weapons and armored vests, drew a massive amount of attention and a great deal of controversy within the state. Those opposed to the equipment expressed that they felt that it was an abuse of power and/or funds, and that the anti-fraud efforts would not be properly served with police style techniques.