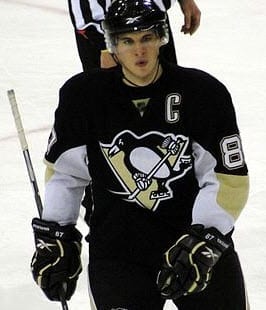 Sid the Kid may find his premiums prohibitive if he wants to hit the ice during the lockout.

Captain of the Pittsburgh Penguins, Sidney Crosby is making insurance news after having discovered that if he wants to play elsewhere while the NHL remains locked out, he will be facing some steep premiums.

There are a number of factors that have caused the price of the player’s coverage to spike.

Specifically, the young hockey player’s tremendous salary, in combination with his history of experiencing injuries to his head, are what is sending the premiums for coverage skyward. In fact, according to his agent, Pat Brisson, the most recent insurance news predictions have stated that Crosby could be faced with payments as high as $400,000 per month if he wanted to reinstate his coverage in order to play somewhere while the NHL remains locked out.

This insurance news comes as a significant blow to the player who has already fought to stay on the ice.

Since his serious concussion in January 2011 made sports and insurance news, Crosby struggled to heal up enough to be able to play. This was only exacerbated when he suffered a neck injury shortly afterward. This, combined with his salary, makes coverage a hefty cost.

This season, he is scheduled to make $7.5 million. The 2013-14 season will then begin a 12 year deal that is worth $104.4 million. A salary that far above average makes Crosby a notable coverage risk.

Throughout the NHL lockout, the opportunities for Crosby to play overseas or during charity games have become quite limited. Though he had shown interest in taking part in a few exhibition games located in Quebec – which were organized by Max Talbot, a former Penguin – the cost that would be associated with it is beginning to make those odds rather slim.

According to Crosby in a sports news statement “It’s not as easy as just going to play.” He added that “If it was, I’d be playing in a lot more of those.” Instead, of being able to take part in those games, the 25 year old remains in Pittsburgh, continuing to skate with some of the other members of his team, waiting impatiently for the labor talks to start to look positive.