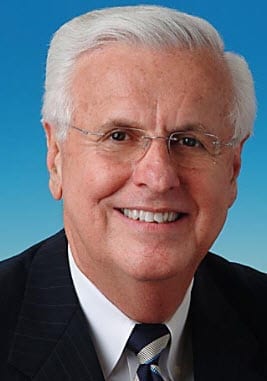 Jim Donelon, the commissioner for the state, has rejected the pay increase for the company’s top exec.

The CEO of Louisiana Citizens Property Insurance Corp., Richard Robertson, made insurance news when his pay raise of $50,000 was rejected by the state’s commissioner, Jim Donelon.

The commissioner said that this is the wrong time for the raise, though the CEO’s work was praised.

Commissioner Donelon said that Robertson has done good work as the CEO of the state-run property insurer, but that the timing of this salary increase was inappropriate. Donelon said that “The timing, though the CEO has done an exemplary job, is just not right.” It would have brought Robertson’s annual salary from its current $240,000 up to $290,000.

The insurance news was made based on the amount that the company is short on its own expenses.

At the moment, Citizens is already making insurance news because it has fallen short of the amount that it needs to pay its own expenses. It still needs $56 million to pay its bills. Moreover, the employees of the state have not experienced a general raise for a number of years, and the insurer has been increasing the premiums that many of its customers have been paying.

Treasurer John Kennedy made certain to point out that “Our CEO is a good man and has been doing the best he can to keep this company afloat, so this is not a personal criticism of him.” He also added that “It’s just that the timing and circumstances of this vote are horrible in light of the serious financial straits the company is in.”

The decision regarding the salary increase was added to the Citizen board meeting agenda at the very end, though it had not initially been a part of the plan. It came after the board was notified that the insurer was running at a deficit of $56 million. The commissioner, himself, was not present for the insurance news decision, but he had already heard a number of lawmakers’ concerns among those who were on the panel when the vote was taken for the increase in the head of the company’s pay.