The Iowa Insurance Division has now released a warning to the residents of the state, cautioning them that certain insurance marketing and ads for annuities may have potentially deceptive messages.

The agency has been watching a growing number of marketers that work with the industry using misleading ads.

The insurance marketing strategies used by those firms are becoming misleading on an increasing basis, said the agency in a bulletin, in the attempt to try to boost appeal to customers. The division explained that the advertisements are providing an unrealistic sense of the type of payout that policyholders will be able to receive from products such as policies and annuities (which give their owners a steady income stream following an initial period in which they invest).

The division is concerned that the reality will not be able to live up to what the insurance marketing suggests. 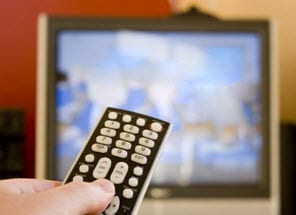 According to the deputy insurance commissioner of Iowa, Doug Ommen, “If it’s not properly explained, you’re going to create an expectation that will not be met.” For instance, the rate of return from an annuity may be described by a marketer as being “uncapped”. That said, when it comes to indexed annuities, which align with indices such as the stock market, the return rate is, indeed, capped at a certain percentage, for example, the interest rate level.

As interest rates have been riding record breaking lows over the last while, certain companies have started to create a new definition of the way they measure the return rates, so that they can become more appealing to consumers. This according to the Moor Market Intelligence CEO, Sheryl Moore. That firm is an insurance research business located in Pleasant Hill, Iowa.

Moore went on to say that using language that overdramatizes the size of payouts in the future, when wording annuity and insurance marketing pieces, is misleading to consumers. She explained that “It’s disingenuous to give anyone the impression that there is potential for unlimited growth in the product.” A similar problem to this was also identified by the Insurance Division, which stated in its bulletin that it has seen “hypothetical indices” used by companies in their advertising materials, which are backcasted to a stronger period in the stock market.