Over $1.4 billion in losses have been seen due to the extreme conditions that have been experienced.

With continual snow and temperatures that are continually below the averages, the insurance industry is starting to feel the same winter blues that are being experienced by the cabin feverish residents of the icy and snowy regions of the country.

As much as snowplows and two truck drivers are frustrated, the losses seen by insurers is even greater. 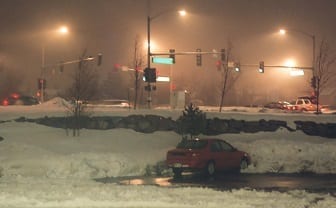 According to the data that was issued by Impact Forecasting, the extra wave of severe winter weather that gusted its way across the United States in January led to over $1.4 billion in insured losses. This hit taken by the insurance industry was a direct result of the so-called polar vortex that blasted its freezing temperatures and seemingly never-ending snow and ice across the country. Even cities that are farther south, such as Atlanta, were not immune to Jack Frost’s latest strike.

As the temperatures occasionally ease, the insurance industry is now seeing heavier snowfall than usual.

While the temperatures have been staying quite cold – lower than average – overall, the occasional milder day or two (relatively speaking) has been breaking the frigid trends on the mercury. However, instead of bringing weather relief and a chance to melt away the tremendous accumulation of snow that already exists, it has only opened up the door to even greater snowfall, leading to more need for exhausted snowplow and tow truck drivers, and further insurance claims from homeowners, motorists, and business owners.

Vehicle accidents – particularly those involving multiple cars and trucks at a time – have become commonplace in many areas that are experiencing treacherous highway conditions. Frozen pipes and falling trees have meant that property and building damage has skyrocketed.

Moreover, it should be noted that the data taken into account by Impact Forecasting for its damage report is for a period that does not include the latest harsh winter blasts that made their way through many parts of the country last week, particularly in the areas of the Northeast and the Great Lakes.

With another possible full month of winter yet to come, the country and the insurance industry are bracing for what is yet to come. It is easy to believe that these were not the last storms that will be seen for the season.