The American insurer is pumping 650 new jobs into that sector of the economy.

Allstate Corporation, the American insurer, is creating 650 new insurance industry jobs at its Northern Ireland technology division, which is bringing a boost in employment to the region which is sorely needed as it continues to struggle through a deep recession.

The insurer has already announced the hiring of 200 staff members in Northern Ireland.

Allstate has also projected that it will be adding an additional 450 new hires to the insurance industry in Northern Ireland by the close of 2016. The insurer was able to make this investment into that economy with the assistance of a £4.5 million grant from the government deployment agency, that was designed to provide aid to the economy that is drowning in recession. The grant program deployment agency is called Invest Northern Ireland.

Northern Ireland’s insurance industry was in dire need of this type of assistance as it has faced deep struggles. 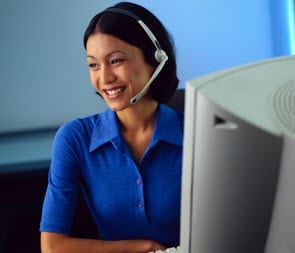 The insurance industry and the rest of Northern Ireland’s economy has fared considerably worse than other regions because of the Republic of Ireland’s economic crisis and because of the civil unrest that has occurred there due to the Belfast city hall flying of the Union flag. Last month, unemployment rose to 8.5 percent, bringing it to the same levels that had been seen in 1998. Records are being broken in the levels of unemployment for youth, as nearly a quarter of individuals aged 18 to 24 do not have work.

The First Minister in the Northern Ireland executive, Peter Robinson, is welcoming this boost to the insurance industry with open arms. This increase in employment will bring the workforce that Allstate holds in Belfast, Strabane, and Londonderry to a total of over 2,000 people. He stated that “This announcement of hundreds of new high quality jobs by a top Fortune 100 company sends out a clear and unequivocal message to international investors to have confidence in Northern Ireland as a competitive location from which to grow their business.”

Allstate Northern Ireland has been a part of the region’s insurance industry for many years, already. It had previously been known as Northbook technology and creates the technology solutions and software that are provided to the American parent company.