American insurers may be facing a growing number of severe weather issues such as tornadoes.

According to the disaster modeling company, Eqecat, the United States insurance industry could find that the insured losses from severe storms and tornadoes that occurred last week may come with a bill of $5 billion.

The estimate from the firm falls within a range of $2 billion to $5 billion, with most linked to the Moore tornado.

Though this is still quite early after the Moore, Oklahoma tornado from May 20, for the insurance industry to be able to come up with any firm numbers regarding the losses associated wit 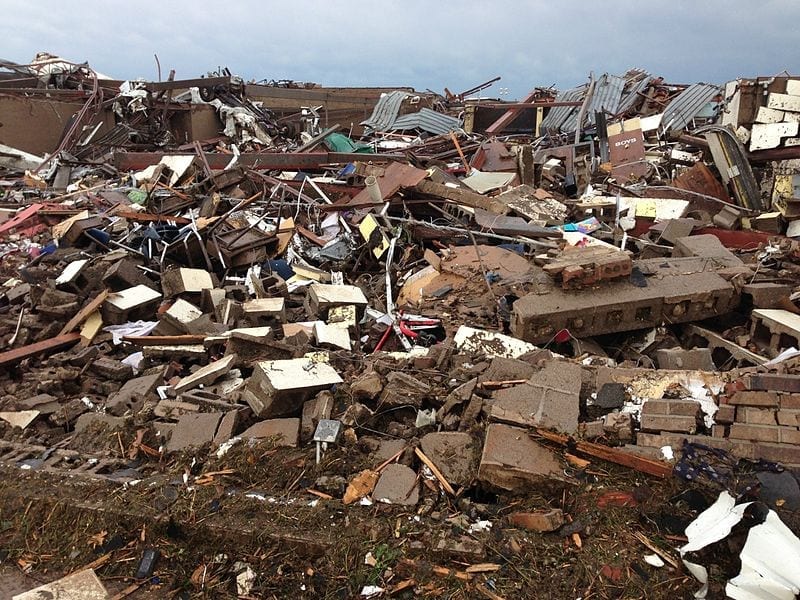 h the storm, estimates are being made. The majority of the cost associated with the severe weather is linked to the deadly twister, but it also includes the damage that occurred on the two days before – on May 18 and 19 – during which there were tornadoes that hit Illinois, Kansas, Texas, and Colorado.

This includes Eqecat and other similar firms. The insurance industry uses this information to be able to build an early prediction as to how much a particular event – or string of events – will generate in losses. It helps them to gauge the financial impact of various catastrophes so that they can be able to act appropriately and know how their capital will be affected.

The estimates that the insurance industry has been seeing following a week of tornadoes will be among the most expensive in recent history. That said, insurers are believed to be adequately financially prepared to deal with the situation and are unlikely to face financial struggles in order to be able to make their claims payments.

The estimates that Eqecat has provided to the insurance industry took both property claims and auto claims into account. It also included the expenses that would be accumulated in order to pay for the living expenses that displaced homeowners would be facing. The majority of the losses that were generated by these storms, however, would be from individuals and not businesses, said Eqecat.