The sale of Lincoln Benefit Life to Resolution Life Holdings Inc. has now been closed. 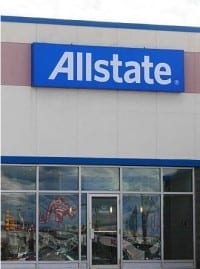 The Allstate Corporation has announced that it has completed the sale of its former insurance company, Lincoln Benefit Life, to Resolution Life Holdings, Inc. as a part of a strategic move forward by Allstate.

This move was a part of a larger plan to focus on specific segments of the market.

According to the president, chairman, and CEO of Allstate, Thomas J. Wilson, “This divestiture is another strategic step for Allstate to serve distinct consumer segments with differentiated offerings.” He explained that his insurance company would now be concentrating on “providing proprietary life and non-proprietary retirement products to the customer segment served by local Allstate agencies.” Wilson went on to point out in the insurer’s press release that the sale of Lincoln Benefit Life would also help to refocus on decreasing exposure levels when it comes to spread based businesses and interest rates.

The sale of the life insurance company includes the business generated through Allstate’s independent agencies.

Life insurance business brought in through independent agencies and their agents, as well as the long term care and deferred fixed annuity businesses were also included within the sale of Lincoln Benefit Life. At the same time, the life insurance policies that were sold through Allstate’s own agencies will be retained by that insurer through an arrangement for reinsurance.

Through the completion of this sale, there will be a decrease in the annuity and life reserves at Allstate, as well as in its investment portfolio. The decreases will be of an estimated $12.7 billion and $11.9 billion, respectively, according to the insurer’s press release on the subject.

The gross sale price was an estimated $796 million, which consists of about $587 million in cash as well as the retention of tax benefits. There is an estimated $510 million GAAP loss on sale. As a result of contractual closing adjustments, that GAAP loss on sale of the insurance company was $11 million lower than it was predicted to be in 2013, when it had been forecasted to be $521 million.

One Thought to “Insurance company sale by Allstate has reached closure”