A federal judge has now ruled in favor of prohibiting the two health insurers from merging.

The Justice Department’s decision to stop the insurance company merger between Aetna and Humana has been upheld by a federal judge. These two health insurance giants were appealing the decision with U.S. District Judge John. D. Bates.

The original decision to block the merger between the health insurance companies occurred in July 2015.

That said, Judge Bates concluded in a 158-page opinion that “The Court is unpersuaded that the efficiencies generated by the merger will be sufficient to mitigate the anticompetitive effects for consumers in the challenged markets.” The deal, worth $37 billion, would hurt competition, said the judge.

This was precisely the argument made by the Justice Department, which sued to have the insurance company merger stopped. The department’s argument was that competition would be reduced within the Medicare Advantage market. It also stated that competition would shrink in some of the Affordable Care Act’s exchanges. In fact, Bates wrote that it would have negatively affected 264 counties across the country. Medicare Advantage plans are Medicare policies sold through private insurers.

The decision against the insurance company merger arrived on the heels of President Trump’s executive order on the ACA. 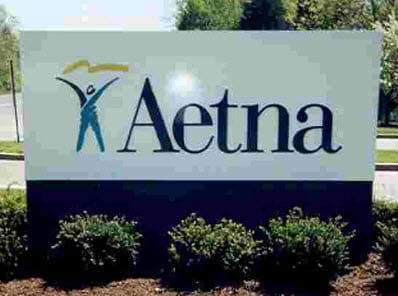 “We are reviewing the opinion now and giving serious consideration to an appeal, after putting forward a compelling case,” said T.J. Crawford, a spokesperson for Aetna. The merger agreement between Humana and Aetna will expire on February 15. That date was the deadline following two extensions.

Aetna has already stepped out of most of the Affordable Care Act exchanges in which it had previously participated. The company indicated that the financial losses it suffered through its participation made it unreasonable to continue there.

Some, such as Leerink Partners analyst Ana Gupte, now speculate that a new insurance company merger could be on the way for Humana as new bidders step forward.