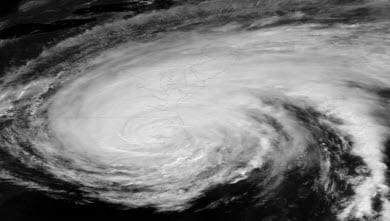 Claims adjusters and other insurance company personnel are preparing to receive a flood of insurance claims now that Hurricane Irene has progressed north along the East Coast and through New England and into Canada.

Insurers will begin performing their assessments as soon as the effects of the hurricane have passed through the northeastern states. If the impact of the hurricane is as wide as forecasted, the losses from insurance claims could total billions of dollars.

Insurance companies appreciate the efforts that their policyholders are taking to help to keep any damage to their properties to a minimum; for example, boarding up windows with plywood.

According to president Bob Hartwig of the trade association called the Insurance Information Institute, it’s almost definite that “We’re looking at a multibillion-dollar event.” He went on to say that while this storm won’t be as powerful as Hurricane Ike or Katrina, it one that will pass over a much larger amount of populated area than South Texas or New Orleans.

He explained that this leads to less damage to individual structures, but that there may be millions more businesses and homes damaged than has been the case in hurricanes in the past. Moreover, as Hurricane Irene travelled over areas that are not accustomed to this type of severe storm, their preparation may not be as effective as those who live in the areas of the southern coast, where the storms are more common.

President Spencer Houldin of Washington, Connecticut-based Erickson Insurance, said that this has made the last few days very busy, adding that “the phone has not stopped ringing”.