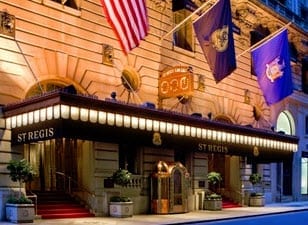 This week, leaders from the insurance, financial services, legal and media industries gathered in New York City for the annual New York City Dinner at the St. Regis Hotel. The dinner serves a form of intimate conference catering to the executives that run the numerous industries. This year, the event held particular meaning as the leaders of the two most influential and successful insurance corporations spoke about the state of the world’s insurance industry.

Lloyd’s of London CEO Lord Pete Levene was joined by Brian Duperreault, CEO of Marsh & McLennan Companies. Together they addressed the state of the industry and outlined what could be expected in the coming years. Their observations are based largely on past events, which, in terms of insurance, are an accurate indicator of what the future may hold. The two acknowledge the recent tide of rate increases coming from U.S. insurance companies and the resulting outcry from consumers regarding the issue.

Duperreault noted that Lloyd’s was created in a coffee house in London in 1688. The following year, consumers were questioning when pricing for insurance policies would be improved. Lord Levene said that consumers would always question the pricing of insurance policies whether the industry is doing poorly or well. He went on to say that the industry exists to absorb risk, not spread it.

Overall, the two claim that the world’s insurance industry is on unsure ground, but shows promise in being able to weather any catastrophe’s looming on the horizon.