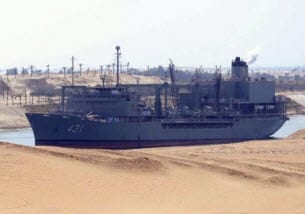 As Europe and the U.S. begin to tighten sanctions against Iran, concerns regarding the impact these sanctions will have on the shipping industry have grown. Over the past year, sanctions have caused ripples in the industry because they threatened to prevent shipping firms that transport Iranian oil from obtaining insurance coverage. Pushed forward by the European Union, these sanctions banned maritime insurers from covering ships that carried Iranian oil. Some insurers have been granted waivers allowing them to cover these vessels, but coverage is expected to be slim when the sanctions are fully enacted in July of this year.

Firms to transport oil due to its economic importance

Despite the sanctions, many Indian shipping firms have announced that they will continue to transport oil from Iran without adequate insurance coverage. Insurers had warned that this would happen when the sanctions began gaining momentum last year. Insurers had suggested that the sanctions would have a negative impact on businesses in many Asian countries, including China, Japan, and India. These countries could forgo insurance coverage in the hopes of holding on to an important stream of revenue.

Shipping Corp of India, the largest shipping firm in the country, has joined Great Eastern and several other firms in petitioning insurers to provide coverage for large tankers despite the sanctions. These firms are asking insurers to provide approximately $50 million is liability coverage for each vessel while they make their travels. Typically, coverage for these tankers runs as high as $1 billion. The firms suggest that the relatively small amount of coverage will protect them in the event of an accident. This coverage would not be enough to help the companies in the event of a catastrophic event, however, such as an incident that leads to a large oil spill.

Firms to transport oil with or without insurance coverage

Even without insurance coverage, these Indian shipping firms will continues to transport Iranian oil. The firms themselves will not be breaking any sanctions enacted by the European Union, as the sanctions are only meant to stop insurance companies from providing coverage to these firms.

For other top insurance news headlines.