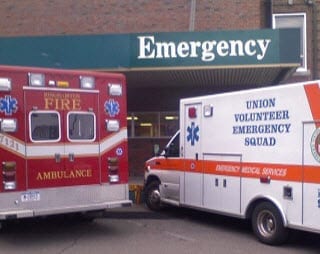 A new study has indicated that Americans who have either gained new health insurance or who have lost their coverage make more emergency room visits than people who have had a continuous insured or uninsured status.

The results of the study are causing some concern, as the healthcare overhaul will be requiring an additional 32 million Americans to become newly insured by 2014.

At the same time, the study findings have also indicated that the number of trips to the emergency room do tend to even out when a person’s coverage status remains the same for over a year.

According to emergency medicine doctor, Dr. Adit Ginde, from the University of Colorado School of Medicine, “Eventually, you’d suspect that their (ER) utilization would go down. So it could just be a short-term surge.” Ginde and his research team examined the data from 160,000 national health survey respondents from the period between 2004 and 2009.

Approximately 83 percent – more than 130,000 individuals – had health insurance at the time that the survey was conducted. Among them, around 21 percent had made a trip to an emergency room at least once within the previous year. Comparatively, among the uninsured respondents, 20 percent had visited an ER.

Equally, the researcher team also discovered differences within the same groups of individuals when they looked into how long they were either insured or uninsured.