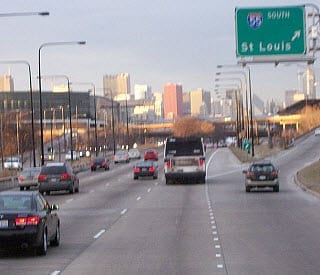 Following a battle that was started by one woman in Illinois who was almost killed in an accident with an uninsured driver, the state has now introduced stricter penalties for motorists without insurance.

Recent data from a survey by the Insurance Research Council has showed that 15 percent of drivers within the state don’t have insurance.

The accident that started the ball rolling on the change in regulation occurred in June 2010. The woman in question was Ashley Lacey, who was in an accident with a car that didn’t have any lights on and was parked in the centre of the road. The parked vehicle’s driver was uninsured and had received convictions in the past for driving uninsured.

Lacey was almost killed as a result of the accident. The uninsured motorist was charged $300 for driving uninsured, as well as $275 for parking illegally, and an additional fine of $575. Lacey and her family made a request to their State Representative to create new legislation that would boost the penalty that must be paid by uninsured drivers who have repeat offenses. Recently, Governor Pat Quinn put his signature on that bill.

Starting in January 2012, there will be new, stronger penalties that will go into effect for uninsured drivers who have been convicted of multiple offenses. In order to prove that they are insured, drivers are required to carry an insurance card with them in their vehicles at all times.

This latest amendment to the statute is only one of several efforts being made by the state to address the uninsured driving issue.